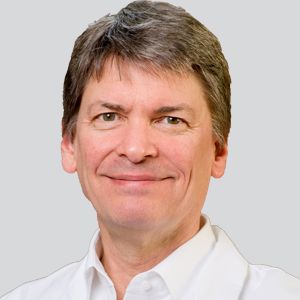 An update to the Lancet Commission report on dementia prevention, intervention, and care published by 28 world-leading dementia experts and presented at the 2020 Alzheimer's Association International Conference (AAIC) annual meeting, July 26—30, outlines 12 potentially modifiable risk factors to prevent or delay up to 40% of cases of dementia.1

Presented at AAIC 2020 by Lon Schneider, MD, co-director of the University of Southern California Alzheimer Disease Research Center, and professor of psychiatry and neurology at Keck School of Medicine, the authors found that 9 potentially modifiable risk factors for people in low income and middle income (LMIC) countries together are associated with 35% of the population attributable fraction (PaFs) of dementia worldwide. Among them are less education, high blood pressure, obesity, hearing loss, depression, diabetes, physical inactivity, smoking, and social isolation, assuming causation.

In this report, Schneider and colleagues identified and explained which risk factors may lead to increased dementia incidence by using data from previous studies and meta-analyses. The current report, which is an update to the 2017 Lancet Commission, also now includes 3 new risk factors: excessive alcohol intake, head injury, and air pollution. “We are learning that tactics to avoid dementia begin early and continue throughout life, so it’s never too early or too late to take action,” Schneider said in a statement.2

Hearing loss had the highest PaF for dementia in the report, which was based off a meta-analysis of studies of people with normal baseline cognition and hearing loss present with a threshold of 25 db. Researchers found a risk ratio (RR) of 1.9 for dementia in populations followed up over 9 to 17 years in the 2017 Lancet Commission report.

Higher childhood education levels and lifelong higher educational attainment is associated with increased overall cognitive ability and reduced dementia risk. Previous studies had shown that the brain reaches greatest plasticity in late adolescence, with relatively few further gains with education after age 20. Schneider and colleagues noted, “It is difficult to separate out the specific impact of education from the effect of overall cognitive ability, and the specific impact of later-life cognitive activity from lifelong cognitive function and activity.”

Schneider and colleagues referred to the HUNT study, which showed that weekly midlife moderate —to vigorous physical activity was associated with reduced dementia risk over a 25-year period of follow up (HR, 0.8; 95% CI; 0.6–1.1). They also concluded, “People might stop exercising due to prodromal dementia so inactivity might be either a consequence or a cause or both in dementia and might be more of a risk in those with cardiovascular morbidity. As with other outcomes, exercise might be required to be sustained and continue nearer the time of risk.”

Heavy drinking is associated with brain changes, cognitive impairment, and dementia, which was further confirmed in a French 5-year longitudinal study of over 31 million people. In that study, alcohol use disorders were associated with increased dementia risk, calculated separately for men and women (women: HR, 3.3; 95% CI, 3.3—3.4; men: HR, 3.4; 3.3–3.4). Among those with earlier onset dementia, 56.6% had an alcohol use disorder noted in their health history.

Smokers are at a greater risk of dementia, but stopping smoking, even when older, can reduce that risk. A cohort of 50,000 men older than 60 years who stopped smoking for more than 4 years, compared with continuing, substantially reduced dementia risk over the subsequent 8 years (HR, 0.9; 95% CI, 0.7—1.0). Another study indicated that second-hand smoke exposure, found in 35% of nonsmoking adults, was associated with more memory deterioration.

A meta-analysis of 32 studies revealed that a depressive episode was indeed a risk factor for dementia (pooled effect size = 2.0; 95% CI, 1.7—2.3). Additionally, there was a non-significant trend for the association between depression and incident dementia to be weaker when the length of follow-up was longer. Schneider and colleagues pointed to a multitude of studies, including the UK Whitehall study and the Norwegian HUNT study, that explain the association between depression and increased dementia incidence.

Social contact is an accepted protective factor that enhances cognitive reserve or encourages beneficial behaviors. Less social contact has been proven to increase the risk of dementia, as observed in multiple studies. Study authors referred to a Japanese longitudinal cohort study that calculated a 5-point social contact scale, with those who scored highest having a 46% less likely chance to develop incident dementia compared with those in the lowest category.

Animal models have suggested that airborne particulate pollutants accelerate neurodegenerative processes through cerebrovascular and cardiovascular disease, amyloid-beta deposition, and amyloid precursor protein processing. Although the higher levels of dementia from air pollutants are still subject to the potential for residual confounding, the effects on animal models are evidence of physiological effects over and above those driven by life-course deprivation.

“Knowledge about risk factors and potential prevention, detection, and diagnosis of dementia is improving although significant gaps remain. In this Commission report, we have specified policy and individual changes to delay the onset of cognitive impairment and dementia and better ways to support and treat people with dementia and their families and to improve their quality of life,” Schneider and colleagues concluded.