While AAN makes a push for annual cognitive assessments in older adults, the USPSTF found that there is not enough evidence to support routine screening. 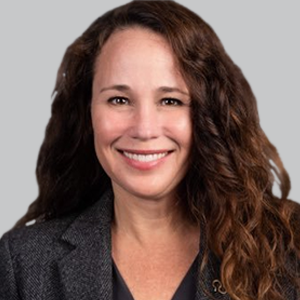 With a growing emphasis on early detection and intervention, the American Academy of Neurology (AAN) has published a new set of quality measurements that recommend that physicians screen adults 65 and older on an annual basis for thinking and memory problems.1

The metric, intended to help improve quality care, will track how often physicians screen older adults for cognitive impairment, share information about the condition with patients, and involve and educate partners and caregivers.

“Since thinking skills are the most sensitive indicator of brain function and they can be tested cost-effectively, this creates an enormous opportunity to improve neurologic care,” said author Norman L. Foster, MD, of the University of Utah, in a statement. “The American Academy of Neurology is recommending the measurement of annual cognitive screenings for everyone age 65 and older because age itself is a significant risk factor for cognitive decline and mild cognitive impairment is increasingly prevalent with older age. The measure complements past American Academy of Neurology quality measures released for Parkinson’s disease, multiple sclerosis, and stroke, and allows for a doctor to meet the measure with a recommended periodic three-minute cognitive test.”

The metric also emphasizes the importance of documenting impaired cognitive health on a patient’s shared medical record, as this can better inform other providers who care for the patient.

The Alzheimer’s Association stated its support for the AAN’s new quality measure.

“Annual cognitive assessments are a valuable tool to identify cognitive changes that can signal treatable forms of cognitive decline and more severe chronic conditions, including mild cognitive impairment, Alzheimer’s disease or other dementias. By adopting the new quality measure, physicians, clinicians, medical practices, and health systems can systematically measure whether providers are working to identify memory and thinking changes in their senior patients,” said Alzheimer’s Association chief program officer, Joanne Pike, DrPH, in a statement.3 “Adopting these assessments is an important step toward improving patient outcomes, while also inviting important discussions about cognitive concerns, which seniors may not share otherwise.”

While the AAN looks to further increase awareness and action around cognitive impairment, the United States Preventive Services Task Force (USPSTF) recently announced that it found insufficient evidence to recommend routine screening for MCI in older adults.4 The draft recommendation specifically applies to community-dwelling older adults who do not have recognized signs or symptoms of cognitive impairment.

When elucidating the benefits and harms, the USPSTF stated that while there is some evidence that drug therapies and nonpharmacologic interventions have a small effect on measures of cognitive function, “the magnitude of the clinically relevant benefit is uncertain.” There was also uncertainty about the clinically relevant benefits of interventions targeted at caregivers, and no evidence was found on the effect of screening on decision making or planning among patients, physicians, or caregivers, they said. The Task Force identified adequate evidence that cholinesterase inhibitors are associated with adverse outcomes, but found inadequate evidence on the harms of screening for cognitive impairment as well as harms associated with nonpharmacologic interventions.

Despite the recommendation, the Task Force stated that screening remains an important component of patient care in this population.

“Although the evidence on routine screening is insufficient, there may be important reasons to identify early cognitive impairment. In addition to its potential to help patients make diagnostic and treatment decisions, including treatment of reversible causes of dementia and management of comorbid conditions, early recognition of cognitive impairment allows clinicians to anticipate problems patients may have in understanding and adhering to recommended therapy,” the Task Force wrote. “Although the overall evidence on routine screening is insufficient, clinicians should remain alert to early signs or symptoms of cognitive impairment (for example, problems with memory or language) and evaluate as appropriate.”