Interim data from the first 8 pediatric patients showed that the AAV-CLN6 gene therapy demonstrated a positive impact on motor and language function compared to a natural history dataset, as well as in comparison to in-study sibling pairs. 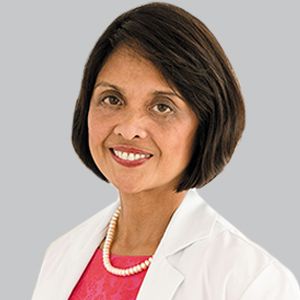 Emily de los Reyes, MD, PhD, Principal Investigator of the CLN6 clinical trial at AWRI at Nationwide Childrens and Professor of Clinical Pediatrics and Neurology at The Ohio State University College of Medicine

Investigators reported that the interim efficacy data, which is available for the first 8 of 12 subjects enrolled, showed a positive impact on motor and language function compared to a natural history dataset in addition to comparisons within sibling pairs. Treatment with AAV-CLN6 gene therapy was well tolerated.

“Comparing the data collected during the CLN6 Batten disease clinical trial with the natural history data collected for Batten’s disease patients, I am pleased with the progress of this trial,” Emily de los Reyes, MD, PhD, principal investigator of the trial at Abigail Wexner Research Institute at Nationwide Children’s Hospital, and professor of clinical pediatrics and neurology at The Ohio State University College of Medicine, said in a statement. “It is powerful to have pairs of siblings as clinical trial participants since siblings are expected to have similar progression of the disease.”

This 24-month phase 1/2 clinical trial (NCT02725580) is assessing the safety and efficacy of a single administration of intrathecally delivered AAV-CLN6 gene therapy at a 1.5 x 1013 vg dose in subjects ≥1 years of age diagnosed with CLN6 determined by genotyping and who have a Hamburg Motor and Language Score ≥3.

The primary outcome measure includes the development of unacceptable toxicity, defined as the occurrence of any one Grade III or higher, unanticipated, treatment-related toxicity, while secondary measures include MRI scans to document progression, cognitive testing, language delay, visual failure, and EEG monitoring.

Among the 12 subjects, a majority of the adverse effects were mild and unrelated to the treatment; the exposure duration was 6 to 39 months. There were no patterns of adverse effects related to anti-AAV capsid or anti-CLN6 immunogenicity observed.

A positive impact on the Hamburg Motor and Language Score was observed in 7 of 8 subjects treated. Seven subjects maintained their Hamburg score or had an initial change (ranging from +1 to -1 points) followed by stabilization. The oldest subject to receive this therapy, who was treated at 79 months of age, experienced a 2-point decline. The 8 subjects are 16 to 25 months post-administration of the gene therapy from the data cutoff.

At initial natural history cohort from Nationwide Children’s Hospital shows disease progression in all untreated patients, with at least a 2- to 3-point decline in the Hamburg Motor and Language Score from the point of decline throughout 24 months.