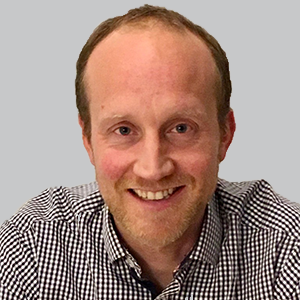 A novel, simple 3-factor scoring system, called ACD score, was shown to be able to reliably predict long-term outcomes in patients with status epilepticus with causes that were nondamaging or less-damaging to the brain in a recent study. Additionally, the assessment identified that age, long duration, and nonconvulsive type of status epilepticus in coma were associated with the development of new neurological deficits and, in turn, were predictors of long-term mortality.

"We believe that the ACD score has substantial potential to help clinicians make treatment decisions in patients with ongoing and long-standing status epilepticus attributable to remote symptomatic or unknown etiological categories because it predicts both neurological outcome and long-term survival," investigator Christoph Patrick Beier, MD, Department of Clinical Research, University of Southern Denmark and Odense University Hospital, and colleagues wrote, adding that "although the score is associated with 2-year survival in all of the etiological categories they assessed, it has limitations. They wrote that the ACD score is bound “by the obvious impact of, for example, progressive causes and comorbidities in patients with brain-damaging status epilepticus causes."

Although, the investigators explained that the ACD score was perhaps more reliable in those who had cerebral scans without acute changes and no indications of inflammation.

Among this full cohort was a subset of 145 patients with status epilepticus causes that were not damaging or were less damaging to the brain. The mean follow-up duration was 2.2 years, and 27 patients had a follow-up of less than 2 years. For all patients, mortality increased nearly 3-fold from the short-term in-hospital rate of 17.6% to the long-term—2 years—rate of 47.1%.

Among individuals who were alive at discharge or follow-up, 29.8% (64 of 215) had developed moderate to severe neurological deficits. NIHSS score increases were found to be correlated with decreased Barthel index (Pearson r = 0.74; P <.001) and increased modified Rankin Scale (mRS) score (Pearson r = 0.58; P <.001). Additionally, mean duration of status epilepticus and nonconvulsive status epilepticus in coma remained associated with change in neurological function in a subset of patients with status epilepticus causes that were not damaging or were less damaging to the brain.

The ACD score was developed out of a LASSO model, which identified 5 prognostic factors—age, duration of status epilepticus, time to diagnosis, treatment in intensive care unit, and level of consciousness at hospital admission—that were included in a factor score. Treatment in the intensive care unit and time to diagnosis were removed after realizing these 2 components contributed only marginally to the total score.

The ACD score was further validated in 2 independent cohorts comprised of patients from Norway (n = 139) and Germany (n = 906). In a subset of patients from all 3 countries (n = 792), an ACD score higher than 10 points was associated with mortality in the Kaplan-Meier analyses in the validation cohorts from Germany and Norway. In the combined cohort, mortality at 2 years after discharge showed an almost linear correlation with the ACD score (Pearson r2 = 0.848). The association was essentially unchanged when using logistic regression or risk difference regression.