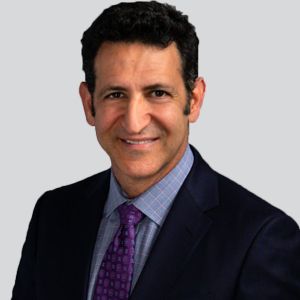 The buzz surrounding Biogen’s aducanumab is palpable, as the drug aims to be the first treatment for reducing clinical decline in Alzheimer disease (AD) through its mechanism of selectively targeting aggregated forms of amyloid-beta. Currently under FDA review, the amyloid-targeting agent could not only potentially alter the AD treatment landscape, but shift how researchers approach the disease, and which parts of the brain should be targeted.

After witnessing decades worth of unsuccessful trials, Marwan Sabbagh, MD, understands how much weight this decision may hold. Sabbagh, the director of the Lou Ruvo Center for Brain Health and a neurologist at Cleveland Clinic, believes aducanumab could trigger a domino effect for future research, as well as continue to propel the momentum gained in the AD research community in recent years.

Sabbagh sat down with NeurologyLive to discuss the treatment, the hype surrounding it, and how it may change future AD studies. He also discussed how this therapy adds support to the amyloid hypothesis.

NeurologyLive: There’s a lot of excitement and anticipation surrounding aducanumab; how are you feeling about the potential of this drug?

I myself, am feeling very encouraged. It’s very frustrating as a clinical neurologist to give these diagnoses, which are done several times a week, and not have more to add my fingertips to treat beyond what I’ve had to treat for the last 18 years. That’s exciting news for sure. The other exciting news is that this is a transformative moment. We are now about to take the journey toward transforming AD from a terminal disease as we’ve known it, to a chronic disease, much like how we deal with diabetes. I believe this is important because if aducanumab is approved, it comes the first step in a multiple drug cocktail, with multiple other drugs to be approved in the next 5 years. I think we are now where multiple sclerosis (MS) was when I graduated from medical school 29 years ago. We’re going to finally start moving in that direction of having meaningful changes in patient care.

Do you feel that aducanumab’s regulatory success has had an impact on other ongoing research in the Alzheimer’s space? Has this helped reinvigorate those who back the amyloid hypothesis?

I was an investigator for every single 1 of the monoclonals, as well as 1 of the leading investigators for the bapineuzumab studies. The reason I’m saying that is for 15 years, the amyloid hypothesis dominated the AD therapeutics. The idea has been that amyloid clearance was good. You go through solanezumab, bapineuzumab, gantenerumab, and crenezumab, you name it, there’s been a lot of them. When we’ve seen failure after failure, people keep saying that removing amyloid doesn’t work. There’s a logic to that. Fact is, amyloid doesn’t correlate very well with clinical progression. We know that you can have a brain full of amyloid and that progression doesn’t really correlate that well. People kept wondering why we are still pursuing amyloid. But now, we’ve shown consistent reliability to remove amyloid of the brain very well, very robustly, and effectively. That’s a huge step forward. The fact that we can remove target pathology of the brain is a good thing. Now, we’re showing that there’s possibly a delay 9 to 12 months before you start to see a clinical divergence of signal, which suggests that removing amyloid may not be the primary outcome. Instead, removing amyloid makes the brain better and downstream affects inflammation and benefitting other things such as tau. What I’m saying is that the amyloid hypothesis keeps being reviewed and keeps being considered. Those people who say amyloid hypothesis is wrong are myopic, and people who say the amyloid hypothesis is the only thing we should go through are also myopic, and that removing amyloid might be a good thing. We might be causing downstream benefits that we’re starting to realize. It’s not just amyloid hypothesis. We need to not be a reductionist. We need to think broadly, but the fact that we can remove amyloid is a very exciting thing.

Do you feel as though research efforts will change because of the recent aducanumab news?

To me, it’s very hard to use a clearance-based mechanism to treat an overproduction-based disease. When you look at the mutation, those are overproduction-based diseases. The question obviously is, “does removing amyloid in clearance do enough?” I don’t come away with the thought that these approaches are wrong. I just don’t know that we tested it correctly or answered it as well as we could. What you will see now is that aducanumab has reignited the field. You will continue to see segmentation, which essentially begins to break the disease into constituent parts. There is the potential for disease modifying therapies such as BAN 2401 and gantenerumab start to fall on the heels of that. Now you start to see breakdown. Additionally, people are ignoring the fact that Belsomra got approved this year as well as a potential approval for pimavanserin this year. These are improving the quality of life by targeting sleep and 1 targeting the psychotic features of the dementia. Not to mention there are 2 or 3 drugs that are on the shortlist to be approved for agitation of AD as well. The pharmacological menu of treatment options is suddenly growing so quickly. The monoclonals will be there to slow the rate of decline, but that doesn’t mean that you won’t use other drugs, it just means that there’s more options to choose from. I see the evolution of AD to be more like HIV. Treating HIV involves choosing different drugs to treat different phases of life in the disease. The Alzheimer’s Association International Conference (AAIC) is the big dog and pony show of our universe and I don’t think you can takeaway 1 big trend from this year’s event. The biggest trend I took away from AAIC 2019 was that lifestyle targeted approaches handily were beating drug-targeted approaches. I thought to myself, “wow, lifestyle, forget drugs and just go run, we’ll be fine!” I though biomarkers were notable this year, but I didn’t get 1 specific takeaway from this year’s conference.