Researchers analyzed disparities in stroke rehab and found that women and African Americans had the lowest functional performance. 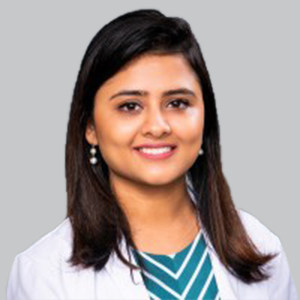 “Women in general have a higher burden of premorbid disabilities and a longer lifespan, which renders a more difficult recovery and increases their vulnerability for functional decline. There have also been studies that have shown that hormonal changes including a decline in estrogen and subsequent androgen excess makes women more susceptible to the development of cardiovascular risk factors,” Somani told NeurologyLive.

Somani and colleagues sought to identify racial and gender disparities associated with inpatient rehabilitation after ICH, particularly due to ICH’s devastating clinical outcomes, as she noted in her presentation, specifically its association with high morbidity and mortality, prolonged hospital stays, and the significant health care resources needed to treat it. Additionally, these patients often require high amounts of bedrest which can add further challenges to their rehabilitation.

To identify these disparities, they performed a retrospective analysis of patients with ICH admitted to the University of Alabama at Birmingham from December 2016 through December 2019. They measured functional performance using the Functional Independence Measure (FIM), and calculated FIM for all patients by dividing the difference in FIM scores at admission and discharge from the total number of days spent at rehab. They then used multiple linear regression to analyze differences in FIM efficiency by gender and race.

Somani and colleagues found that being male was positively associated with FIM efficiency (β=1.02; P = .0063) after adjusting for race and ICH score, while FIM efficiency was lower in African American patients (β=-0.95; P = .0092) after adjusting for gender and ICH volume. No significant differences in ICH volumes and scores were seen with respect to discharge FIM scores.

The researchers concluded their abstract by noting that FIM efficiency is a good measure of improvement in motor function and activities of daily living during rehabilitation, and that African American women could benefit from longer periods of rehabilitation intervention. “I think we as neurologists, and even primary care physicians, need to be more active and work on primary prevention of strokes in [women]. We have to be more aggressive in treating their effects, their hypertension, their diabetes, their cholesterol levels—all the factors that are potential risk factors for stroke, both ischemic and hemorrhagic,” Somani told NeurologyLive.