After Long Wait, Several Novel Therapies Are on the Horizon for ALS 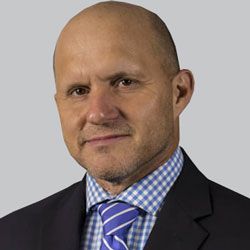 The treatment landscape for patients with amyotrophic lateral sclerosis (ALS) is evolving rapidly, with promising therapies in late-stage development and a recent FDA approval for edaravone (Radicava) in May 2017. Prior to these developments, there had been just 1 drug approved by the FDA in 22 years.

In the 137-patient study that was the basis for approval of edaravone, there was a LS mean change of -5.01 from baseline for ALSFRS-R scores with the neuroprotective drug compared with a change of -7.50 for placebo, for a 2.49-point difference. This represented a 33% improvement in ALSFRS-R with edaravone versus placebo.

“For people with ALS and their families, having a new therapy which slows the decline of physical ability is incredibly significant,” Jonathan S. Katz, MD, ALS Clinic Director, Forbes Norris MDA/ALS Research and Treatment Center at California Pacific Medical Center, said when edaravone was approved. “The approval of Radicava brings us into a new era of treatment by evolving how we manage this complex disease. This is an uplifting milestone for the ALS community especially since it’s been so long since we had anything new.”

The last agent to gain approval prior to edaravone was riluzole (Rilutek), which is now being combined with other agents in clinical trials. At the 2017 American Neurological Association meeting, findings were presented for the tyrosine kinase inhibitor masitinib in combination with riluzole for patient with ALS. Moreover, on the same day, the first patient was enrolled in a phase III study exploring a novel cellular therapy.

Ralph Kern, MD, chief operating officer and chief medical officer of BrainStorm Cell Therapeutics, told NeurologyLive's sister publication MD Magazine that patients with ALS who experience faster deterioration have a particular need for innovative treatment. "This is a very important group of patients who currently, even with the 2 approved therapies right now, really don’t have their needs met,” he said.

The NurOwn treatment involves autologous harvesting of the patient’s bone marrow-derived mesenchymal stem cells, propagating them ex vivo and inducing them to secrete neurotrophic factors (NTF). These MSC-NTF cells are then transplanted into the patient intrathecally by standard lumbar puncture, where it is expected that neurons and glial cells will take up the neurotrophic factors secreted by the transplanted cells.

A principal investigator of the phase III study, Robert Miller, MD, director of the Forbes Norris MDA/ALS Research and Treatment Center at California Pacific Medical Center (CPMC) in San Francisco, California, said in a statement, “NurOwn cells have the important advantage of being autologous, so patients do not need to be immunosuppressed. In addition, the production process is relatively straightforward, and the harvesting and delivery of cells is much less invasive than other stem cell systems that have been tested in the clinic.”

Kern elaborated on the production process, noting 2 significant advances have been made over the course of development. “The changes in the process over the [past] 10 years have been primarily around the practical aspects of cryopreserving the cells, to make it easier to maintain the cells and then allow them to be used at a later date,” he said.

In addition, there has been a substantial reduction of the cycle time from harvesting the bone marrow—derived MSC to making the treatment available. “We’ve been able to shorten the time, for example, from thawing the cells that are cryopreserved to being available for injection to 7 days, which is an incredible technological achievement and important for making this a treatment for repeated dosing,” Kern said.

Patients in the trial will be randomized to receive 3 intrathecal administrations of the autologous MSC-NTF cells or placebo at bimonthly intervals. The course of illness will be evaluated with the ALSFRS-R 28 weeks after the first treatment. Biomarkers will also be tracked, including cell-secreted NTF, inflammatory factors, and cytokines in the cerebrospinal fluid and serum.

Recent phase III findings for the combination of masitinib and riluzole have shown some promise for patients with ALS, offering hope after 2 decades of failure. “The overwhelming majority of human clinical trials in ALS have failed to demonstrate clinical efficacy,” study author Angela Genge, MD, director of the Clinical Research Unit, and ALS Clinic at Montreal Neurological Institute and Hospital in Quebec, Canada, said. “There remains a persistent and urgent unmet medical need in ALS."

In the double-blind trial, 394 patients in 34 sites in 9 countries were randomized to receive 48 weeks of treatment with riluzole in combination with placebo or with masitinib in either a 4.5-mg/kg or 3.0-mg/kg daily dose.

In the measure of survival-to-event endpoint, marked by a deterioration in ALSFRS-R of 9 points from baseline or death, patients receiving masitinib 4.5 mg/kg/day had a significant 25% delay in disease progression (20 months vs 16 months with placebo).