The rate of tissue loss on OCT and MRI appears different, with retinal degeneration occurring more quickly earlier in the course of the disease. 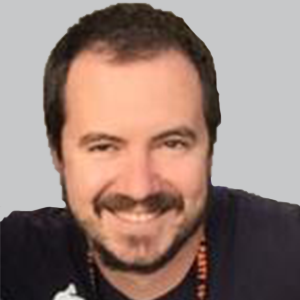 In data from a recent longitudinal cohort study, an observed age-dependent reduction in retinal and cortical volume loss rates suggests deceleration in neurodegeneration in the earlier period of disease during relapsing-remitting multiple sclerosis (RRMS).1 This also indicates further that the period with the greatest neuroaxonal loss is also the period of greatest adaptive-immune-mediated inflammatory activity.

In recent years, the focus of treatment for MS has shifted slightly from controlling relapses to addressing neurodegeneration, with many experts expressing a desire to improve on that portion of intervention. As the timing of neurodegeneration in MS remains unclear, this study aimed to understand the dynamics of neuroaxonal loss to forestall permanent disability in MS.

The cohort study analyzed patients with MS (n = 597) with a longitudinal OCT imaging scans (4.5 years average; ±2.4) and patients (n = 432) who had MRI scan data (10 years average; ±3.4) to compare rates of neurodegeneration in the retina and brain throughout the MS disease course. Linear mixed-effects modeling with subject-specific intercepts and slopes were fitted using restricted maximum likelihood estimation to evaluate the rate of loss. The association between the age of entry in the cohort and the slope of decline in the anatomical structure was assessed by linear regression models.

Study author Christian Cordano, MD, PhD, associate researcher, UCSF Weill Institute for Neurosciences, University of California, San Francisco, and colleagues wrote that, “a faster rate of atrophy of the [ganglion cell-inner plexiform layer (GCIPL)] and cortical grey matter was observed in youngest patients with MS that slowed with age.”1 Furthermore, the analysis showcased differences between changes in the rate of neurodegeneration and disease duration. As the rate of cortical gray matter (CGM) atrophy progressively declined with age, the rate of GCIPL remained relatively constant in their results.

The substudy of the COVER-MS Project includes 300 patients with multiple sclerosis and will harness Quest Diagnostic’s national network of more than 2100 patient centers to provide periodic blood samples of immune responses to COVID-19 vaccines.

“These results suggest that age is a critical consideration in the design of clinical trials using OCT and MRIs as outcome measures,” the authors wrote.1 An additional analysis was conducted to address concerns about the impact of recent optic neuritis on neurodegeneration. From this, the lowest category showeda higher rate of atrophy when compared with 3 other age categories together.

These results are in accordance with previous studies in looking at the correlation between the changes in neurodegeneration and disease duration. Focal inflammatory activity is associated with neurodegeneration early in MS, which reinforces the use of an early intensive anti-inflammatory therapy to prevent neurodegeneration in MS.3 Injury of the innermost retinal layers is found in MS and this damage occurs most rapidly during the early stages of disease, emphasizing the importance of early intervention to prevent such injury.4

The study’s limitations were the age at the time of first OCT scan being older than the age of the first MRI scan, resulting in an older cohort when analyzing the OCT scans of the same MRI cohort of patients. In addition, using DMTs as time-varying covariates did not account for the potential carryover effect and delayed onset of action of medications.

Cordanoet al noted that further research might require addressing the causes of the difference between the retina and brain cortex.Research in future studies might investigate if the retina has a different tissue susceptibility to inflammation-related neurodegeneration and if OCT and MRI exhibit differences in respective sensitivity and specificity in detecting tissue atrophy.