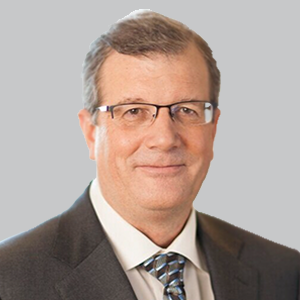 Ionis has announced that the FDA has accepted the new drug application (NDA) for tofersen, an investigational antisense medicine being evaluating for the potential treatment of superoxide dismutase 1 (SOD1) amyotrophic lateral sclerosis (ALS). Additionally, the agency granted priority review and set a PDUFA date of January 25, 2023.1

Tofersen will be seeking approval under the accelerated approval pathway based on data that showed changes in neurofilament, a biomarker of neuronal degeneration. The basis of the NDA included data from a phase 1 study of healthy volunteers, a phase 1/2 dose ascending study, the phase 3 VALOR study (NCT02623699), and its open label extension. In VALOR, the most recently reported study, treatment with tofersen resulted in reductions in neurofilament light, accompanied by trends toward reduced disease progression and reductions in SOD1 protein in patients with SOD1 ALS.

"Acceptance of the new drug application for tofersen is a monumental milestone, not just for Ionis but for all people with SOD1 ALS, their families and healthcare professionals battling this devastating disease. To them we extend our deepest gratitude. Their courage has been instrumental to the achievement of this goal," C. Frank Bennett, PhD, executive vice president, chief scientific officer, and franchise leader for neurological programs, Ionis, said in a statement.1 "We also want to thank Biogen for their commitment to advancing tofersen, which, if approved, will be the first treatment that targets a genetic cause of ALS. Acceptance of the NDA for tofersen further strengthens Ionis' platform strategy to target all forms of ALS and central nervous system disorders more broadly."

There are currently no approved treatments for patients with SOD1 mutations, and only a handful of approved therapies for ALS in general. Tofersen, an antisense oligonucleotide, is designed to bind to SOD1 mRNA, allowing for its degradation by RNase-H in an effort to reduce synthesis of SOD1 protein production. In addition to the ongoing open-label extension of VALOR, tofersen is being studied in the phase 3 ATLAS trial (NCT04856982), which assesses whether the drug can delay clinical onset when initiated in presymptomatic individuals with a SOD1 genetic mutation and biomarker evidence of disease activity.

Originally, it was reported that tofersen did not meet its primary end point of statistically significant change from baseline in Revised Amyotrophic Lateral Sclerosis Functional Rating Scale (ALSFRS-R) score after 28 weeks of treatment (difference, 1.2 points; P = .97) in VALOR.2 Despite this, tofersen continued to demonstrate positive effects across multiple secondary end exploratory end points that were observed over a 12-month treatment period.

The large-scale, phase 3 study included 108 participants with SOD1 ALS who were randomized to either tofersen 100 mg (n = 72) or placebo (n = 36). At the time of the analysis published in early-June 2022, all participants had an opportunity for at least 12 months of follow-up, with a median exposure to tofersen of approximately 20 months (range, 1-34). The new 12-month data compared early initiation of tofersen (at the start of VALOR) with delayed initiation of tofersen (6 months later, in the open-label extension).

In the early- and delayed-start tofersen groups, patients demonstrated reductions of 33% and 21% in SOD1 protein, the intended target for tofersen, and 51% and 41% in plasma neurofilament light, a marker of neuron injury, respectively, at the 12-month time point. Early survival data suggested a lower risk of death or permanent ventilation (PV; HR, 0.36; 95% CI, 0.137-0.941) and death (HR, 0.27; 95% CI, 0.084-0.890) with earlier initiation of tofersen. Of note, the median time to death or PV, and median time to death, could not be estimated because the majority of participants survived without PV.

Across VALOR and the OLE, the most common adverse events (AEs) for patients who received tofersen were headache, procedural pain, fall, back pain, and pain in extremity, most of which were mild to moderate in severity. Serious AEs were reported by 36.5% of participants on the study drug and led to discontinuation for 17.3% of participants. Serious neurologic events, including myelitis, radiculitis, aseptic meningitis, and papilledema, were observed in 6.7% of the cohort on tofersen. Additionally, there were 14 deaths reported in tofersen-treated patients in VALOR and the OLE, but none were considered related to the study drug.