The percentage of patients reporting no OFF time and no impact of OFF on daily function more than doubled by the first on-treatment visit in this open-label trial. 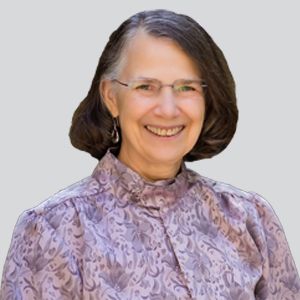 Data on the impact of amantadine (Gocovri; Adamas Pharmaceuticals), FDA-approved for levodopa-induced dyskinesia (LID) in patients with Parkinson disease (PD), remained favorable at the 2-year end point of the EASE LID 2 study (NCT02202551), according to an additional analysis presented at the 2020 MDS Virtual Congress, September 12–16, 2020.1

“In addition to the demonstrated improvement in dyskinesia, the percentage of patients reporting no OFF time and no impact of OFF on daily function more than doubled by the first on-treatment visit in this open-label trial and remained favorable at the 2-year trial endpoint,” Tanner et al. concluded.

Tanner and colleagues also found that fewer patients reported mild or greater functional impact of OFF time, decreasing from 64.6% pre-treatment to 39.4% at Week 8 and 49.2% at Week 100.

MDS-UPDRS Part IV scores for items 4.1 and 4.2, which measure daily time and functional impact of dyskinesia, also improved by week 8 through week 100.

Data from EASE LID 2 previously published in February included both safety and MDS-UPDRS scores for those who received amantadine, placebo, or deep brain stimulation.2

As for safety, 13.9% of patients discontinued the study because of adverse events (AEs) considered to be related to amantadine, with the common AEs being falls, hallucinations, peripheral edemas, constipation, and urinary tract infections. Overall the median treatment duration for trial participants was 1.9 years.

Post-hoc analysis from the aforementioned phase 3 trials (NCT021136914; NCT02274766) were presented at this year’s American Academy of Neurology (AAN) Annual Meeting. Researchers noted that the improvement in good ON time was due to a reduction in the number of hours spent in OFF as well as the hours spent ON with troublesome dyskinesia. Patient-rated motor symptom impact on activities of daily living were significantly improved compared to placebo as shown by a –3.2 change on the MDS-UPDRS (P <.001).3

Amantadine extended-release capsules remain as the first and only FDA-approved medicine indicated for the treatment of dyskinesia in patients with PD receiving levodopa-based therapy, with or without concomitant dopaminergic medications. It is also the only medicine clinically proven to reduce both dyskinesia and OFF.