After changes were made to the AVATAR phase 3 study in Rett syndrome, Anavex provided context on the timing of the adjustments, which were approved by regulatory bodies in the UK and Australia, where the trial was conducted. 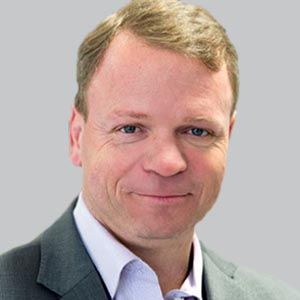 Following some public concerns being raised around recently published results from the phase 3 AVATAR study (NCT3941444), Anavex Life Sciences has announced supplemental information for the reasoning for trial design changes that appeared on the trials’ NIH registry page weeks before data were released, with Anavex citing regulatory permission to apply the changes.1

Earlier this week, the company had announced positive data from the double-blind, placebo-controlled study evaluating its investigational agent blarcamesine, also known as ANAVEX 2-73, in patients with Rett syndrome. The release noted that the medication showed clinically meaningful improvements on Rett Syndrome Behavior Questionnaire (RSBQ) area under the curve (AUC), the primary end point.

Some in the field questioned the data after it was shown that there were changes made to the trial’s registry page on clinicaltrials.gov less than 2 weeks before the data readout. In the updated version of the page, RSBQ served as the new primary end point rather than a secondary outcome, as it was originally, and the trial was updated from phase 2 to phase 3. Prior to the changes, maximum plasma concentration, pharmacokinetic AUC, lipid panels, and significant laboratory findings, such as incidence of adverse events (AEs), were the primary outcome measures; however, the company did not report on how the drug fared on these end points.2

In new information provided by Anavex, the company claims it appropriately updated endpoints according to ICH guidelines, which were then approved by the UK Medicines and Healthcare products Regulatory Agency (MHRA) and in Australia by the Human Research Ethics Committees (HREC), the countries where the study was conducted. Subsequently, the AVATAR study was updated from a phase 2 to phase 3 study. "The January 2022 update to the trial description in ‘clinicaltrials.gov’ was not a real-time communication and may have given the wrong impression of a late change of trial end points/phase of the study, which is not the case,” Anavex noted in its updated release.1

The company stated that it still plans to meet with the FDA to determine its next steps with blarcamesine. To date, there are no approved medications for Rett syndrome, although blarcamesine poses as a promising therapeutic, having already received fast track, rare pediatric disease, and orphan drug designations from the FDA.

In AVATAR, 36 adult patients were randomized 1:1 to either blarcamesine or placebo for a 7-week treatment period. Preceding the placebo-controlled randomization of 33 patients (Part B), a 3-patient cohort (Part A) underwent a pharmacokinetic (PK) assessment with safety, tolerability, PK, and efficacy evaluation of blarcamesine. At the conclusion of the treatment period, clinically meaningful improvements on RSBQ AUC were observed in 72.2% of patients on the study drug compared with 38.5% on placebo (P = .037; Cohen d = 1.91).3

Clinically meaningful and statistically significant reductions of ADAMS, a measure of emotional behavior symptoms, were found in blarcamesine-treated patients (52.9%) compared with those on placebo (8.3%; P = .010; Cohen d = .609). Additionally, a significantly greater proportion of patients on study drug (72.2%) achieved clinically meaningful response on Clinical Global Impression-I (CGI-I) scores throughout the trial relative to those on placebo (38.5%; P = .037; Cohen d = 1.91).