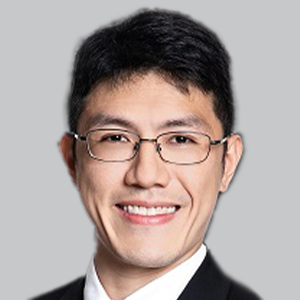 News on a retrospective report on two patients with late-onset neutropenia (LON) showed an uncommon adverse event following the use of anti-CD20 treatment.1 Treatment for neuroinflammatory conditions are increasingly being used with anti-CD20 therapies and as before the report it was not explored for patients with LON as it is a rare complication following the therapies.2

Lead investigator, Christen Sheng JieLim, MBBS, MRCP, MMED, associate consultant, National Neuroscience Institute, and colleagues wrote, “The first patient had relapsing remitting MS and developed LON 14 weeks after receiving her third dose of ocrelizumab, while the second patient had Aquaporin-4 antibody NMOSD and developed LON 4 weeks after the third dose of rituximab. Both had tolerated the initial 2 doses of their respective therapies without complications.”1

A retrospective chart review was performed and collected eligible patients, who had both neuroinflammatory conditions and received antiCD20 therapies, from the National Neuroscience Institute between January 2015 and December 2021. From the data, there were 77 patients found who identified either as having multiple sclerosis (MS; n = 41) or neuromyelitis optica spectrum disorder (NMOSD; n = 26). Only 9 patients with MS had ocrelizumab as a treatment whereas the rest of the patients (MS and NMOSD, n = 58) were given rituximab.

During the period of neutropenia for both patients, antibiotics were administered, and the patients received a course of granulocyte colony as a stimulating factor following the development of pyrexia. Afterward, the patients both had a short recovery and received even more anti-CD20 therapies with there being no LON recurrence.

“Resumption of anti-CD20 treatment after LON is possible with an individualized risk-benefit assessment, taking into account the drug efficacy prior to LON as well as the risk of LON recurrence, although the frequency at which blood counts need to be monitored is uncertain in this circumstance,” JieLim et al noted.

Early Use of Immunosuppressives May Reduce Pregnancy-Related NMOSD Attacks

The first patient was a 40-year-old Malay woman with relapsing-remitting MS who had ocrelizumab-induced treatment for 14 weeks. She then switched to natalizumab (Tysabri; Biogen) and continued using it between February 2016 and June 2019. The patient had only 2 interruptions of the treatment because of a pregnancy from 2018 and 2019. After 11 and 15 months of uninterrupted use of natalizumab, and ocrelizumab, she developed 2 other relapses. She received 2 dosages of ocrelizumab (300mg per dosage) in October 2020 that was two weeks apart and then on 29 April 2021, a third dose (600 mg) was administered.

The second patient was a 65-year-old Chinese woman with Aquaporin-4 antibody NMOSD and she developed a rituximab-induced treatment with LON only after 4 weeks. She did not show any clinical improvement as she was bedbound and ventilator dependent despite being given pulsed methylprednisolone and plasma exchange. As she experienced more relapses, she was administered rituximab and given 2 initial doses (1000mg per dosage) in April 2018, two weeks apart, and did not have any adverse effects occur. On 19 November 2018, she was then given a third dose (600mg). As her complications of NMOSD advanced she demised in October 2021.

In the future, JieLim et al suggested that both patients and clinicians should be aware of the adverse event with the use of anti-CD20 therapies for LON, “including the propensity for delayed presentation and the potential for serious outcomes, especially in patients presenting with infective symptoms.”1