With successful completion of the phase 2a study, Annovis plans on evaluating ANVS401 in late-stage studies starting in late 2021. 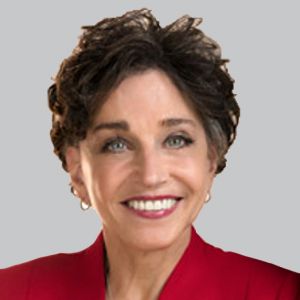 Thus far, 14 patients with Parkinson disease (PD) and 14 patients with Alzheimer disease (AD) have been treated and have completed biomarker analysis. The remaining 40 patients are currently being treated with different doses to determine the optimal dose.

"We previously reported that ANVS401 significant increased speed, coordination and motor function in PD patients in this trial. We set up this study to measure the toxic cascade leading to nerve cell death and loss of function and its reversal in AD and PD,” Maria L. Macceccini, chief executive officer, Annovis Bio, said in a statement.1 “Since the study was powered to investigate changes in biomarker levels, not to demonstrate efficacy, we believe these results are that much more impactful.”

Annovis plans on requesting a meeting with the FDA to discuss the results once the trial is completed, as the current data and previous clinical results support the advancement of ANVS401 into late-stage studies, which the company is targeting in late 2021 assuming successful completion of this trial.

The investigators observed no adverse events that could have been ascribed to ANVS401, with the safety profile remaining consistent with prior safety data.

"Seeing efficacy in both paitent populations supports our hypothesis that the impairment of axonal transport, the information highway of the nerve cell, affects nerve cells in the same way in both diseases,” Macceccini added.1 “The toxic cascade in neurodegeneration begins with high levels of neurotoxic proteins, which impair axonal transport, increase inflammation and eventually lead to nerve cell death and permanent loss of cognition and function.”

Annovis previously released positive data from this phase 2a study in March, indicating that ANVS401 may improve speed and coordination in patients with PD. Results showed statistically significant improvement in speed of execution (P = .04) regardless of comparison with baseline or with placebo.2

In these same patients, improvements in coordination were also observed, though those changes were not statistically significant (P = .07). Notably, patients remained stable throughout treatment, whereas those treated with placebo experienced more complications.