EDG-5506, an orally administered small molecule agent, showed nearly a 40% decrease in levels of serum creatine kinase in a phase 1b trial of adults with Becker muscular dystrophy. 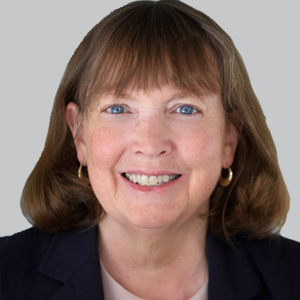 This open-label study featured 12 adult males who were initiated treated with 10-mg EDG-5506 for 2 months, followed by a 15-mg dose in the subsequent 4 months of the analysis. At the conclusion of the 6-month treatment period, plasma pharmacokinetic levels reached target exposures, the agent continued to be well tolerated across all participants with no discontinuations or dose reductions. All participants have now been escalated to a daily 20-mg oral dose of EDG-5506.

"As a company, we are dedicated to the muscular dystrophy community and are thankful for the trial participants as we are critically evaluating this important data to help guide our clinical development plan in BMD and DMD," Joanne Donovan, MD, PhD, chief medical officer, Edgewise, said in a statement.1 "We continue to be encouraged by EDG-5506’s safety profile and the positive trends observed with these interim data."

BMD, a potentially fatal, inherited X-linked neuromuscular disorder, has an incidence between 4000 to 5000 individuals in the US, with no approved therapies available.1 EDG-5506, an orally administered small molecule agent, is designed to selectively limited the exaggerated muscle damage caused by the absence or loss of functional dystrophin. The therapy is anticipated to be used as a single agent treatment, but it also may provide a synergistic or additive effect in combination with available therapies or therapies currently in development, the company noted.

Data from the 6-month findings showed a reduction in serum creatine kinase and fast skeletal muscle troponin I by an average of 39% and 75%, respectively, after the participants most recent visit. North Star Ambulatory Assessment (NSAA) scores, specifically North Star Assessment for Limb Girdle Type Muscular Dystrophies (NSAD) scores, an expanded functional outcome scale for adults that includes higher difficulty tasks, all trended in a positive direction. From baseline to 6 months, 8 of the 12 participants demonstrated either a functional improvement or stable status, as indicated by NSAA scores.

The company noted that these new data further support that the idea that reducing contraction-induced damage in dystrophic muscle has potential to preserve and improve muscle function while preventing disease progression in dystrophies. Of note, EDG-5506 remains in development for other dystrophinopathies including Duchenne muscular dystrophy. In August 2021, the FDA granted fast track designation to the agent for the treatment of individuals with BMD.

"BMD is a serious neuromuscular disorder and individuals living with this disease have no approved treatment options," Kevin Koch, PhD, president and chief executive officer, Edgewise, said in a statement.1 "These early data are very encouraging and highlight EDG-5506’s potential to alter the course of the disease."

Recently, in early September 2022, the FDA authorized a phase 2 clinical trial—called LYNX (NCT05540860)—assessing EDG-5506 in DMD, with dosing expected to begin in the fourth quarter of this year. That placebo-controlled study will evaluate the impact of 3 different doses of the agent on safety, pharmacokinetics, and biomarkers of muscle damage over a 12-week period. It will include 27 children with DMD aged 4 to 9 years on corticosteroids with an additional open-label extension that extends to 12 months. More importantly, the trial is designed to identify the doses of EDG-5506 that have the potential to reduce biomarkers of muscle damage and provide function benefit to patients in a future phase 3 trial.2

The company is also currently recruiting for another phase 2 trial, dubbed CANYON (NCT05291091), to investigate the effect of EDG-5506 on safety, pharmacokinetics, biomarkers, and functional measures in BMD. The trial is expected to include approximately 48 adults and 18 adolescents with BMD, with a 4-week screening period, a 12-month treatment period, followed by a 4-week follow-up period.