An expanded access program has been opened to allow patients with ALS access to BHV-0223, a sublingual formulation of riluzole, all while Biohaven Pharmaceutical prepares a new drug application for the drug. 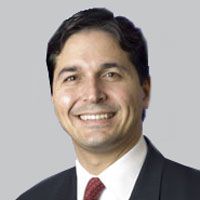 An expanded access program (EAP) has been opened to allow patients with amyotrophic lateral sclerosis (ALS) to have access to BHV-0223, a sublingual formulation of riluzole, according to Biohaven Pharmaceutical, the company developing the new drug. Based on data released earlier this year, the company is preparing a new drug application (NDA), which they plan to submit in the coming months.

In a bioequivalence study that is acting as the basis for the NDA, BHV-0223 achieved an area-under-the-curve of 90% and peak exposures of 113% compared with generic riluzole. The 90% confidence intervals for these numbers were within the limits to define bioequivalence in the study (80% to 125%).

"Recognizing that many ALS patients with dysphagia may be unable to take conventional riluzole tablets for reasons that include difficulty with swallowing, Biohaven is pleased to be able to offer patients living with ALS access to sublingual BHV-0223 via this expanded access program while we prepare to submit our NDA,” Vlad Coric, MD, CEO of Biohaven, said in a press release.

“For those patients with significant dysphagia, waiting for the approval of sublingual BHV-0223 may mean never getting the opportunity to take this drug and receive the benefits of riluzole, the only drug for ALS known to impact survival," said Coric. "We are happy to help address this pressing need within the FDA's EAP framework."

Riluzole was first approved by the FDA for patients with ALS in 1995. The efficacy for the approval of the agent was established in 2 controlled, randomized trials for patients with familial or sporadic ALS. Across both studies, there was an improvement in survival. However, despite this, measures of muscle strength and neurological function did not show a benefit. Similar findings are anticipated with the bioequivalent, sublingual BHV-0223 formulation of the drug.

In the bioequivalent study, BHV-0223 showed similar blood exposure levels as riluzole, but at a 20% reduced dose. In the study, BHV-0223 was given at 40 mg while ingested riluzole was administered as 50 mg tablets. Observational evidence suggested that the lower dose could result in lower drug exposure to the liver, causing a reduction in overall risk for liver enzyme abnormalities.

"We are very excited about favorable results from the current study establishing the bioequivalence of our innovative sublingually administered BHV-0223," Coric said when the results of the study were released. "Sublingual BHV-0223 is unique in that it is a Zydis orally dissolving tablet formulation, that is optimized to allow administration to patients with dysphagia and to provide therapeutic blood levels with a lower milligram dose for all patients suffering from ALS."

EAPs are regulated by the FDA to provide access to drugs in development, prior to regulatory approval for marketing, to eligible patients with serious or life-threatening diseases or conditions for which there are insufficient pharmacologic alternatives. In December 2016, BHV-0223 was granted orphan drug designation in ALS.

"It is great for the ALS community that Biohaven is taking advantage of the FDA's expanded access program," said Calaneet Balas, president and CEO of The ALS Association. "We believe this is the first instance of a company offering expanded access for widespread use in ALS. Such programs enable people with ALS and their doctors to consider the use of investigational drugs."