Primary and secondary end points of the trial will assess safety and both cognitive and functional efficacy, measured through ADAS-Cog, ADCS-ADL, and CDR-SB. 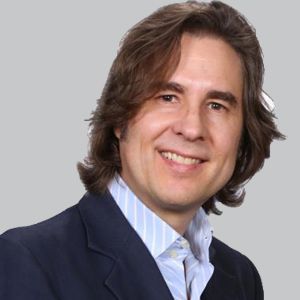 Anavex Life Sciences recently announced that it has exceeded its enrollment target of 450 patients for its ongoing phase 2b/3 study (NCT03790709) evaluating its investigational agent blarcamesine, formerly known as ANAVEX 2-73, in patients with Alzheimer disease (AD). Topline results from the study are expected to be announced by mid-2022.1

The double-blind, placebo-controlled 48-week clinical study is using the Alzheimer’s Disease Assessment Scale-Cognitive (ADAS-Cog) and Alzheimer’s Disease Cooperative Study-Activities of Daily Living (ADCS-ADL) subscales as primary end points to assess the cognitive and functional efficacy of blarcamesine. Patients included in the study will be randomized 1:1:1 to 2 different blarcamesine doses or placebo.

Blarcamesine, an orally available investigational agent, will also be evaluated on sigma-1 receptor (SIGMAR1) gene expression, a prespecified precision medicine biomarker. This gene expression correlated with direct measures of clinical benefit, cognition, and activities of daily living and function in the previously completed phase 2a study, the first genome-wide search for biomarkers associated with therapeutic response in AD.2 Findings from the phase 2a study were the basis for testing of potential selection markers for the ongoing phase 2b/3 trial.

"A significant unmet need exists currently for Alzheimer disease patients worldwide given the lack of available adequate therapeutic interventions, and we are excited to have exceeded enrollment of this study for ANAVEX 2-73,” Christopher U. Missling, PhD, president and chief executive officer, Anavex, said in a statement.1 “Given ANAVEX 2-73’s convenient oral route of administration we believe it has the potential to deliver broad clinical utility.”

The investigators analyzed the relationship between all available patient data and efficacy outcome measures with unsupervised formal concept analysis (FCA), integrated in the Knowledge Extraction and Management (KEM) environment. They concluded that this analysis method is a template for the identification of patient selection markers in early therapeutic development for neurologic disorders.

Blarcamesine has also been evaluated in a number of other conditions, including Parkinson disease dementia (PDD). Data from a proof-of-concept phase 2 controlled trial published in October 2020 showed that oral doses up to 50-mg once daily was safe and well-tolerated in patients with PDD.3

Findings from that study also showed clinically meaningful, dose-dependent, and statistically significant improvements in the Cognitive Drug Research (CDR) computerized assessment system analysis. In addition to its safe profile, the results also confirmed the precision medicine approach of targeting SIGMAR1 as a genetic biomarker of response to blarcamesine.

In addition to PDD, the drug is being evaluated in other neurodegenerative disorders such as Rett Syndrome, infantile spasms, Fragile X syndrome, and Angelman disorder.