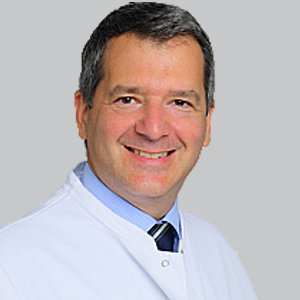 Recently published research evaluating de novo patients with Parkinson disease (PD) showed no diverging brain atrophy pattern based on whether patients had a brain-first spreading subtype of α-synuclein or body-first subtype. This study failed to prove a previous hypothesis that brain-first subtypes would be associated with a more asymmetric cerebral and nigrostriatal pathology than body-first subtypes.1

Senior investigator Thilo V. Eimeren, MD, professor, Multimodal Brain Imaging, University of Cologne, and colleagues, concluded that, "At the least, our findings indicate that the proposed earlier involvement of the central nervous system (in particular the amygdala) in probable brain-first PD is not reflected in a greater volume reduction. However, the hypothesis is very interesting for the investigation of the heterogeneity of PD and should be further investigated."

Using a cohort of 255 patients with PD and 110 healthy controls (HC), investigators tested whether brain-first PD proposed markers such as higher dopamine transporter (DaT) asymmetry, and absence of rapid eye movement sleep behavior disorder (RBD) are associated with a greater or more asymmetric reduction in gray matter volume (GMV) in comparison with body-first PD. Structural magnetic resonance images were preprocessed, and GMVs and their hemispherical asymmetry were obtained for each of the neuropathologically defined Braak stages.

Between brain-first and body-first patients with PD, investigators found no significant relations between increased putamen asymmetry index (AI), a putative brain-first subtype, with the more affected hemisphere (MAH)GMV, less-affected hemisphere (LAH)GMV, or GMV AI in any Braak stage. After applying the Bonferroni-adjusted threshold of P <.003, no significant group differences were observed between RBD-positive and RBD-negative patients in the MAHGMV, LAHGMV, or GMV AI in any Braak stage.