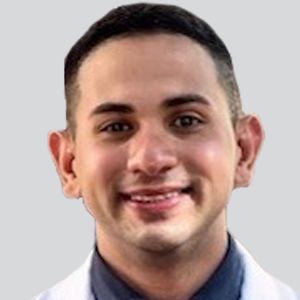 Hispanic patients are at a higher risk for developing more aggressive forms of multiple sclerosis (MS) at earlier ages, according to findings captured with brain MRI scans, meaning they are also likely to face more significant clinical disability than white patients. These findings could help providers identify which patients could be at risk for disability progression.

Research into how MS affects racial and ethnic minority groups has been growing in recent years, but much of the focus has concentrated on the African American population, said a team of researchers from the University of Texas Health Sciences Center (UTHSC). Little attention has been paid to how this progressive disease impacts the Hispanic patients.

A team led by Carlos A. Pérez, MD, multiple sclerosis and neuroimmunology fellow at UTHSC McGovern Medical School, compared volumetric brain MRI scans of Hispanic and Caucasian patients to determine the impact of the disease, and they found Hispanic individuals experience a more significant clinical effect.

"Hispanics were found to develop a more aggressive disease course and to be at an increased risk for disability progression compared to Caucasians, which based upon our findings, may be reflective of greater relative brain injury in this racial group” the team wrote.

Alongside the clinical impact, the team determined MS also has a socioeconomic impact on Hispanic patients more so than their white counterparts. Pérez’s team published their findings recently in the Journal of Neuroimaging.

In an effort to uncover how MS affects Hispanic patients, the team examined brain MRI scans from 94 Hispanic patients with MS and compared their images to 94 age- and gender-matched Caucasian patients. All patients were scanned on the same 3T scanner at McGovern Medical School with the same whole brain high-resolution axial 3D T1-weighted protocol.

Of the group, the proportion of patients with relapsing-remitting (RRSS), secondary progressive (SPMS), and primary progressive (PPMS) forms of the disease were similar in both groups. Hispanic patients did have higher baseline Expanded Disability Status Scale (EDSS) scores, and they presented more with optic neuritis and transverse myelitis. Caucasian patients were more likely to have sensory and motor presentations. In addition, Hispanic patients were more likely to convert from RRMS to SPMS at a younger age – roughly 39 years compared to 43 with Caucasian patients – and they were at a higher risk of developing ambulatory disability.

"Together with the notion that white matter atrophy may reflect a degenerative process independent of T2 lesion formation produced by acute inflammation,” the team said, “these findings may suggest race-dependent mechanisms leading to the accumulation of irreversible clinical impairment in MS.”

These impacts of MS, the team said, also reached beyond a direct health impact.

"The Hispanic subjects in our cohort were more likely…to have a higher risk for development of ambulatory disability and to lose employment as a result of disease compared to Caucasians with MS,” they said.

Ultimately, based on their findings, the team suggested that volumetric MRI can not only help improve the overall understanding of how MS affects the Hispanic population, but it could also contribute to pinpointing patients who might need augmented services in the future.

"Racial disparities in baseline volumetric MRI correlates of clinical disability suggest a burgeoning trend of differentially regulated pathophysiologic processes through which race-dependent disparities may manifest,” the authors wrote. "A potential role exists for the use of volumetric assessments in the identification of patients at risk for disability progression across racial groups.”

For more coverage based on industry expert insights and research, subscribe to the Diagnostic Imaging e-newsletter here.