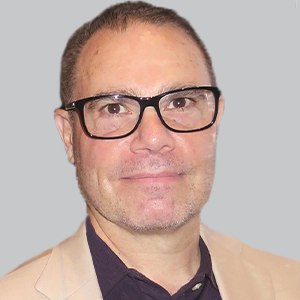 A phase 2 randomized controlled study, RESCUE-ALS trial (NCT04098406), demonstrated in its results that the disease progression of ALS was significantly reduced with CNM-Au8 (Clene Nanomedicine). Specifically, ALS disease progression, which was defined in the study as occurrence of death, tracheostomy, noninvasive ventilation, and gastrostomy, had an absolute risk reduction of 55% (P = .0125).

In addition, the proportion of participants who experienced greater than or 6-point decline in Revised ALS Functional Rating Scale R was significantly reduced (Chi-square test, P = .035). The quality of life also improved with using the ALS Specific Quality of Life-Short Form and showed a least-squares mean difference of 0.9 (95% CI 0.2, 1.6; P = .018). Overall, there were no significant adverse events that occurred in the study. A larger study is underway to confirm efficacy of CNM-Au8 in ALS since RESCUE-ALS has established safety of the treatment.

This mean difference for the primary end point was driven by a limited decline in bulbar-onset placebo participants. Notably, there was a strong trend for reducing motor unit index decline with a least-squares mean difference of 20.9% (95% CI 2.2-44.0; P = .074) in the prespecified analyses of limb-onset participants.

RESCUE-ALS was a phase 2 randomized, double-blind, placebo-controlled study of CNM-Au8 in early sporadic ALS where researchers enrolled 45 participants, 73% whom were limb onset and 27% of bulbar. The baseline characteristics of the intent-to-treat population included a mean age of 59.1 years (SD, 12.3) and the mean for the months from symptom onset was 15.8 (SD, 9.3). As for the percentage of forced vital capacity the mean predicted was 81.5% (SD, 16.7) and for the Revised ALS Functional Rating Scale the mean score was 38.7 (SD, 6.0).

The participants in the trial were randomly assigned in a 1:1 ratio to receive 30-mg CNM-Au8 or placebo during the span of 36 weeks. Aside from the primary end point, other measures for outcomes that were analyzed were the forced vital capacity, ALS disease progression, and quality of life.

Additionally presented data at AANEM on CNM-Au8 showed that the CNM-Au8 treatment significantly improved survival benefit with a hazard ratio of 0.31 (95%CI, 0.1328-0.7440; P = .011).2 CNM-Au8 treated participants (n = 23) in phase 2 RESCUE-ALS trial completed the trial with 1 mortality event in the active-treatment group during the 36-week double-blind period.1 Among participants that were placebo treated (n = 22), 86% completed with 2 mortality events and 1 withdrew due to worsening of ALS disease, 14% death or withdrawal. Glanzman said in a statement, “These clinical and survival data from RESCUE-ALS contribute to the growing body of evidence supporting the potential for CNM-Au8 as a disease-modifying therapy for ALS.”3