Long-term use of the Constant Therapy program was feasible in a patient population with Alzheimer disease, as shown by the rate of adherence (80%) and use of the program over 24 weeks. 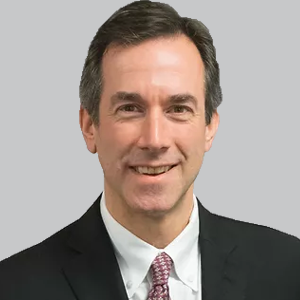 Constant Therapy, an at-home mobile program geared towards improving cognitive and speech function, demonstrated safety and feasibility in a recent small-scale study of patients with mild cognitive impairment (MCI) secondary to Alzheimer disease (AD).1 Over a 24-week training period, patients adhered more to Constant Therapy than to the paper-and-pencil training, as well as improved their performance over time.1,2

In total, 8 of 10 (80%) of participants in the Constant Therapy group completed 24 weeks of the intervention, 5 of whom continued beyond the 24-week period. These participants showed an overall improvement in accuracy and latency (P = .005) in the Constant Therapy scores—scores it calculates with recorded data and session activity to summarize user performance in a specific skill domain—as well as specific improvements in tasks of visual and auditory memory, attention, and arithmetic. No unexpected problems or adverse events were observed.

"The goal of the study was to determine the feasibility of a long-term home-based cognitive training intervention for patients with mild dementia from Alzheimer’s disease. While medications available have been shown to help slow disease progression in AD, supplementing pharmacological interventions with non-pharmacological interventions has been shown to sustain cognition and quality of life more than medications alone" senior investigator Andrew Budson, MD, associate director, Alzheimer’s Disease Research Center, Boston University, and chief of Cognitive Behavioral Neurology, Veterans Affairs Boston Healthcare System, said in a statement.1

He added that, "We are encouraged by the results and believe that these findings support the development of future randomized, controlled trials to further investigate the efficacy of digital therapeutics like Constant Therapy to sustain cognitive function in patients with AD."

Thus far, because of the progressive nature of AD, it has been difficult to assess whether computerized cognitive training programs can be useful to sustain cognition and quality of life in this patient population. Constant Therapy uses patented artificial intelligence technology to deliver over 244 personalized exercises that rebuild cognitive and speech function for those recovering from stroke or traumatic brain injury or living with aphasia, dementia, and other neurological conditions.

Using patients with post–COVID-19 neurological symptoms, 90% of the cohort fulfilled the criteria for chronic fatigue syndrome, as expressed by the SOFA scale.

"With tens of thousands of users and over 200 million exercises completed with Constant Therapy, we have shown that home-based cognitive therapy is a viable and effective rehabilitation tool for those with speech, language and cognitive disorders. In Alzheimer’s disease, where the patient population may go months between clinician visits and assessments, having an option that is accessible and easy to use is critical," Veera Anantha, PhD, chief executive officer and founder, Constant Therapy, said in a statement.1 "This latest study shows that Constant Therapy is a promising digital home-based option for people with Alzheimer’s disease with mild dementia or MCI, to help patients maintain cognitive and communication skills longer."