Most of the 52 cognitive resilience proteins were found to be specific for cognitive decline and about 30% may provide resilience for both cognitive and noncognitive AD phenotypes. 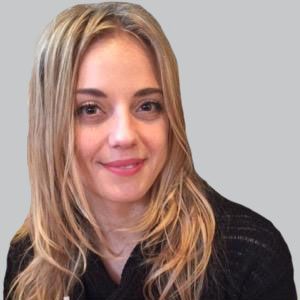 In a cohort of more than 1000 well-characterized older decedents, investigators identified and aggregated the expression levels of 52 cognitive resilience proteins measured in the dorsal lateral prefrontal cortex into a single index score, with higher scores associated with slower cognitive decline, lower probability of mild cognitive impairment (MCI) and Alzheimer disease (AD) proximate to death, and slower rate of motor decline and progressive parkinsonism.

These findings serve as an initial step to an approach that can be employed to advance the knowledge about the biology underlying cognitive resilience, according to study authors. In addition, these findings hope to provide investigators with novel therapeutic targets for further drug discovery studies to develop treatments that provide resilience even in the presence of untreatable brain pathologies.

Led by Andrea R. Zammit, PhD, assistant professor, Rush Medical College, the study collected data on 1192 older decedents who underwent detailed annual neuropsychological assessment and clinical examinations. Upon death, the brain was removed and hemisected following standard procedure. Using a linear mixed effects model, the investigators identified higher levels of 31 peptides and lower levels of 21 peptides that were associated with cognitive decline, independent of AD-related dementia (ADRD) pathology. They then aggregated the expression levels of these resilience peptides into a person-specific cognitive resilience index and examined its association with AD clinical and pathological phenotypes.

"Together, these results suggest that resilience proteins may be high value therapeutic targets for drug discovery of interventions that can offset the negative effects of ADRD pathologies via several different pathways to maintain brain health in aging adults," Zammit et al wrote.

A complimentary analysis using repeated measures of global motor scores not explained by brain pathologies showed that 14 of the 52 proteins (26.9%) used to construct the CRI were also associated with motor resilience. A similar analysis examining the associations of these peptides with a second motor phenotype, progressive parkinsonism, showed that 10 of the 52 proteins (19%) were also associated with residual progressive parkinsonism. When combining the results of these complimentary analyses, investigators found that most (~70%) of the 52 cognitive resilience proteins are specific for cognitive decline and about 30% may provide resilience for both cognitive and non-cognitive AD phenotypes.

"This discovery study used our novel analytic approach to identify a parsimonious set of multifunctional cortical proteins which may provide cognitive resilience and resistance to ADRD pathologies,” Zammit et al wrote. "Further experiments in model organisms or human cell modeling will be crucial to characterize the causal mechanisms and pathways which link these resilience proteins with diverse AD clinical phenotypes including cognitive or motor decline as well as pathologic phenotypes like AD."

After previously showing that some cortical proteins may modify the known association of AD pathology with cognitive decline, investigators tested whether a higher index reduces the strength of a negative association. Adding interaction terms between CRI and ADRD pathology, results showed that 1 standard deviation higher on the index score reduced the detrimental effects of ADRD pathology on dementia proximate to death by 30% (OR, 0.70; 95% CI, 0.53-0.92; SE = 0.14; P = .01), specifically with beta-amyloid (OR, 0.85; 95% CI, 0.74-0.98; SE = 0.07; P <.05) but not tangles.

"In the interim, integrative genomic studies may be able to translate our findings from decedents to living adults to catalyze the use of a cognitive resilience index for risk stratification of vulnerable adults in our aging population," the study authors concluded.