Three (20%) patients with Dravet syndrome had increases in seizure frequency after the first vaccine dose; however, no such increase was observed after the second dose. 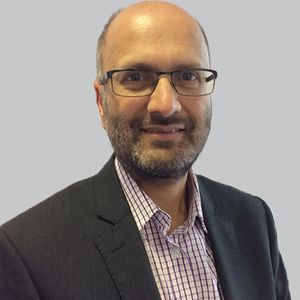 Despite a relatively small cohort, a cross-sectional survey conducted by Dravet Syndrome UK (DSUK) found the SARS-CoV-2 vaccines to be safe and well-tolerated among patients with Dravet syndrome (DS). Additionally, most patients showed that the vaccine is not associated with an increase in frequency or duration of seizures, including those who experienced fewer post-vaccination.

The survey was open for responses between February 2, 2021, and March 1, 2021. At the time of the survey, the vaccine was only available for individuals aged 16 years and older, leaving 18 survey respondents eligible for the vaccine.

As for concerns or advice, 37% (13 of 35) caregivers reported being "concerned" or "very concerned" about the vaccine for someone with DS, whereas 31% (11 of 35) were “unconcerned” or "very unconcerned." Among those who were eligible for the vaccine, 50% (9 of 18) received the first dose, of whom 22% (n = 2) had received the Pfizer/BioNTech vaccine, and 78% (n = 7) the Oxford/AstraZeneca vaccine. Notably, no eligible patient declined an offered vaccination and the remaining 50% (n = 9) were awaiting first dose.

Typical to patients without DS, adverse effects were a common experience, especially with first dose. All 9 individuals reported at least 1 adverse effect, the most common being fatigue (67%; n = 6), fever (56%; n = 5), and pain at the injection site (56%; n = 5). These remained similar across all age groups and vaccine types, although investigators did note the small sample size.

The concluded, “Many caregivers are concerned about a person with DS receiving a SARS-CoV-2 vaccine, with some reporting that they would decline a SARS-CoV-2 vaccine when offered. It is crucial that healthcare professionals caring for people with DS are proactive in providing accurate information regarding the risks and benefits of vaccination in this population, given the potential for serious outcomes from infection.”

Following the second dose (n = 4), there were no reported increases in seizure frequency or duration. Notably, 1 vaccinated individual (accounting for 11% of the group), who was seizure free for 10 years prior to vaccination, experienced a seizure 11 days after their first dose of the Oxford/AstraZeneca vaccine. However, they did not experience any adverse effects, including further seizures, after the second vaccine dose.

Two vaccinated patients reported previously having symptoms of COVID-19. These patients showed no changes in seizure frequency of duration around the time of vaccination, and demonstrated similar side effects following first dose, as well as having chills, diarrhea, tachycardia, and worsening of existing problems with swallowing.

Investigators also concomitantly reviewed individuals with DS who had received the vaccine and were a resident at the Chalfont Center for Epilepsy (CCE) or attended epilepsy clinics at the NHNN. When combining the results of the DSUK survey and the NHNN/CEE service evaluation, 73% of those with DS reported at least 1 side effect after the first dose. Similarly, fatigue (40%), fever (40%), and pain at the injection site (33%) were the most reported symptoms.