Investigators concluded that those receiving avalglucosidase alfa should be tested for antidrug antibodies by physicians who treat Pompe disease and monitor antidrug antibody, according to a recent Sanofi investigation. 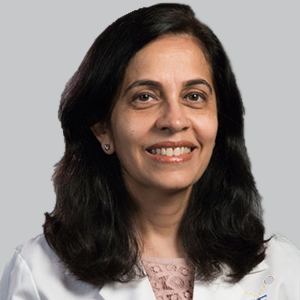 Findings from a recent pooled analysis of clinical trial data of 58 adults and 20 children with Pompe disease showed that avalglucosidase alfa’s (Nexviazyme; Sanofi) immunologic profile improved in comparison with alglucosidase alfa and indicated trends for lower antibody titers. Ultimately, the data suggest that antidrug antibody testing should occur in this patient group.1

Presented as an abstract at the 2022 American Association of Neuromuscular & Electrodiagnostic Medicine Annual Meeting, held September 21-24, in Nashville, Tennessee, by Priya S. Kishnani, MD, MBBS, C.L., Chen Family Distinguished Professor of Pediatrics at Duke Health, and colleagues, the study showed that of 58 adults, 43 (74%) developed antibodies by extension start, and 23 participants (53%) had titers boosted by a roughly 4-fold amount.

There was also the indication of lower catalytic-neutralizing antibody incidence gathered from the COMET trial (NCT02782741) data during the primary analysis period. The clinical trial data for the pooled analysis came from the NEO-EXT (NCT02032524) and NEO1 extension (NCT01898364) studies, and extension data from COMET (NCT02782741) and Mini-COMET (NCT03019406) studies.1

From the pre-COVID period to 6 weeks after vaccination, the reporting rate of GBS was significantly different, regardless of whether Brighton criteria was applied to the analysis. The authors noted that passive surveillance limitations warrant further analysis.

As for the children in the study, 3 (15%) had antibodies from the beginning of the investigation. Seven (35%) of the children who were seronegative at the start of the trial developed treatment-induced antidrug antibody titers of 100 to 6400 AU/mL while none reached 12,800AU/mL or greater. In particular, 1 child had a transient uptake of the catalytic-neutralizing antibody.

Previously, in a conversation with NeurologyLive®, Kishnani spoke about the COMET study on avalglucosidase alfa and treating patients with late-onset Pompe disease, data which she presented at the 2021 at the WORLD Symposium. The presentation covered how the enzyme replacement agent compared with another of Sanofi’s products, alglucosidase alfa (Lumizyme), and met the primary end point of noninferiority in respiratory function.2

Kishnani said to NeurologyLive® at the time that, “the data shows clinically meaningful improvements in respiratory muscle function, mobility, muscle strength and function, and disease-specific biomarkers (urine Hex4), in patients with LOPD, translating into improved health-related quality of life in both adult and pediatric patients.” She added that they saw the sustained benefit of treatment with avalglucosidase alfa in patients with LOPD who have participated in the NEO-EXT study for up to 6 years.