Nearly 65% of responders say their migraine disease makes them feel like life is passing them by and more than half claimed they cannot make plans with friends or family because of the unpredictability of their disease. 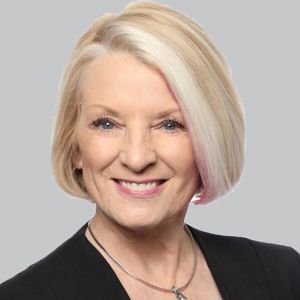 Recently published results from a study found that half of people with migraine are extremely dissatisfied with their current ability to control their disease and reported a range of emotions as a result, including frustration (39%), exhaustion (29%), stress (19%), and anxiety (15%).

Preventing Migraine Attacks: A Current Perspective was a 20-minute, online, quantitative opinion survey conducted by the National Headache Foundation (NHF) and funded by Biohaven Pharmaceuticals to characterize the experiences of people living with migraine and highlight the physical and emotional barriers to preventive treatment.

Despite the ever-growing treatment landscape to prevent migraines, 84% of responders currently taking a preventive treatment wished there was a better treatment option.

"Migraine is the second most debilitating disease worldwide and it impacts all facets of a person’s life, causing significant emotional and physical distress. So many people with migraine live in fear every day because they don’t know when an attack will hit,” Jill Dehlin, RN, a person with migraine and chair, NHF Patient Leadership Council, said in a statement. “In this survey, many people reported feeling they are chasing an unreachable goal to get their migraine disease under control, highlighting the need for new preventive treatment options, as well as resources to educate an empower them to take control of their disease.”

In total, 76% of patients included in the analysis reported that the cycle of trying and failing new preventive treatments is exhausting; however, 82% reported being hopeful and optimistic when starting a new therapy. Additionally, 53% claimed that providing more migraine-free days per month is the single most important attribute for a future preventive migraine treatment.

Migraine can disproportionately impact women, as indicated by 48% of women who reported that hormonal changes related to menstruation, menopause, or childbirth triggered worsening of their migraine disease.

Black and Hispanic people were more likely to feel worry, fear, and anxiety at the thought of taking a preventive treatment. Despite this, only 77% of Black and 73% of Hispanic responders say they wish they had sought care sooner when asked about treating their disease overall.

Expanded research on the racial differences showed that 68% of Black people with migraine feel as though they’re chasing a goal they cannot reach while 72% reported feeling that life is passing them by. Two-thirds (66%) of patients felt a keen sense of frustration in having to adjust treatments while another two-thirds felt they are used as a "guinea pig” for their health care provider in the process of finding the right preventive treatment option.

Hispanic patients were less aware of preventive options but showed similar experiences. The feeling of juggling migraine treatments in efforts to locate the best option was documented in 73% of responders, the same percentage of people who also felt that they are chasing a goal that they cannot reach to get their disease under control. Notably, 71% reported they feel as though life is passing them by.

Patients with migraine reported that their condition affects their energy level (64%), mental clarity (57%), productivity (54%), personal relationships (31% to 50%), and professional success (49%). Overall, 65% of responders felt as though life was passing them by, while over half (52%) claimed they cannot make plans with friends, family, or colleagues because of the unpredictability of their disease.

"Biohaven is committed to the almost 40 million people who suffer from migraine. We are proud to support this research with the National Headache Foundation to help identify and address the unmet needs of the migraine community,” Vlad Coric, MD, chief executive officer, Biohaven, said in a statement. “This research showcases the need for new preventive treatment options and helps determine how we can invest our resources to best meet the needs of people with migraine.”