The overall attributable fraction of multiple sclerosis due was 13.1%, in comparison with just 0.6% of ex-smokers, indicating the beneficial effects of smoking cessation. 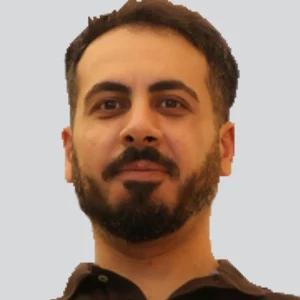 According to findings from a recently published case-control study, tobacco smoking, a modifiable environmental factor, is linked with the risk of multiple sclerosis (MS) and is most likely causal. Based on this concept, the study indicated that at least 13% of cases of MS could be prevented through the avoidance of tobacco smoking.1

Led by Ali Manouchehrinia, PhD, postdoctoral researcher, Karolinska Institutet, the study included 9419 individuals with MS participating in 2 large Swedish cohorts and 9419 controls matched for age, gender, and residential area at the time of disease diagnosis. “Smokers” were defined as those who had ever smoked cigarettes regularly before MS onset or the equivalent age in controls.

To determine the population attributable fraction (AF) of MS due to smoking, investigators used a method suggested by Dahlqwist et al.2 The method calculated confounder adjusted AF estimates for case-control study design. For each case of MS, the study authors identified one exact calendar year of birth and sex-matched control while adjusting all the models for the calendar year of birth in 5 groups. In addition to calculating overall and sex-stratified AF, a separate analysis calculated AF by stratifying human leucocyte antigen (HLA) and non-HLA genetic burden.

The group investigators also noted that "exposure to cigarette smoke is an important modifiable environmental risk factor for MS development and its clinical course," adding that the available literature suggests a 50% higher risk of developing MS in ever-smokers compared to never-smokers.

"In conclusion, integrated efforts need to be aimed not only at smoking cessation but crucially also at smoking prevention. The former will make relapses and disability progression in MS in part preventable, while the latter will make a substantial proportion of MS a preventable disease," the study investigators concluded.