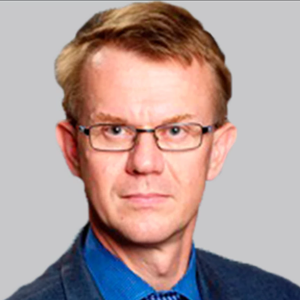 By assessing emotion processing circuits, recently published findings in Epilepsy & Behavior showed that diagnostic delays for functional seizures (FS) are associated with functional MRI (fMRI) changes in the insula and cingulate regions of the brain. Both are implicated in mood control, self-referencing, and other emotion-relevant processes.1

Led by Jerzy P. Szaflarski, MD, PhD, Division Director of Epilepsy, The University of Alabama at Birmingham, the study included 52 adults who had a history of traumatic brain injury (TBI) prior to diagnosis of FS, which was confirmed on video EEG. Assessments such as the Global Assessment of Function (GAF), used to index individual differences in diseases severity; the Beck Depression Inventory (BDI-II), used to analyze symptoms of depression; the Beck Anxiety Inventory (BAI), which assessed symptoms of anxiety; and the PTSD checklist–stressor specific version (PCL-S), assessed post-traumatic stress disorder (PTSD) symptoms, were included in the analysis.

The event-related EFT, designed to assess response to basic emotional stimuli and programmed using E-Prime, was also presented during fMRI. As mentioned, the participants were presented with a series of faces with happy, fearful, sad, or neutral expressions in a pseudo-randomized order, and asked to identify the face as either male or female by pressing the left or right button with their pointer finger or middle finger, respectively, using the button box held in their right hand. After completing the MRI scan, participants identified emotional expression of each of the previously presented faces as happy, fearful, sad, neutral, or unknown.

The median split (507 days) was used to define short and l-DD. Independent sample t-tests were used to examine differences between s-DD and l-DD groups for EFT in-scanner and post-scan performance. Between the groups, there were no differences in onset age of psychogenetic nonepileptic seizures, number of seizures in the past month, age at first TBI, number of TBIs, distribution of TBI severity, sex distribution, or years of education. Additionally, neither group differed on scores on the GAF, BDI-II, BAI, and PCL-S, or for EFT in-scanner and postscan performance; although, the s-DD group was younger (mean age, 32.6 vs 40.1; P = .022).