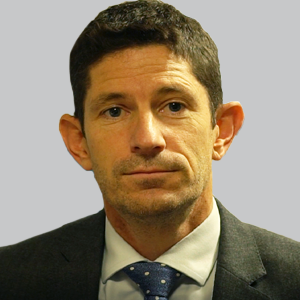 The Tracking Parkinson’s study, first published online in July 2022, aimed to determine if blood biomarkers and genetic status are useful in addition to clinical measures for prognostic modelling in PD. Less than a few months later, the new analysis included a previously defined subgroup of the trial to explore the relationship between serum NfL and diabetes. The findings of the MARK-PD study, which first linked diabetes and high hemoglobin (HbA1c) to increased neuroaxonal damage and cognitive impairment in patients with PD, were a consideration for conducting this current study.

READ MORE: Learning From Patients and Looking to the Future of Movement Disorder Care

In June 2022, data from a subcohort of the MARK-PD study including 195 patients with PD with available HbA1c measurements were published.2 In unadjusted linear regression analysis, prevalent diabetes or HbA1c levels were inversely associated with cognition, assessed using Montreal Cognitive Assessment (MoCA) scores; however, this association only remained significant for prevalent diabetes after adjustment. Furthermore, investigators found a significant association of prevalent diabetes with Hoehn and Yagr stages in unadjusted and age- and BMI-adjusted models, which revealed only a trend after adjustment for vascular risk factors (P = .079).2

Additional data from unadjusted regression models showed that diabetes was associated with higher serum NfL levels in patients with PD, which remained significant after adjustment for BMI, prevalent hypertension, hypercholesterolemia, and history of history. Although HbA1c levels were significantly correlated with NfL levels in age and BMI-adjusted models, this association revealed only a trend after adjustment for vascular risk factors. Investigators from the MARK-PD study concluded that, "Taken together, our data suggest increased neuroaxonal damage in PD patients with diabetes independent of vascular risk factors, whereas the association of high HbA1c with neuroaxonal damage is not independent of vascular risk factors. Hyperglycemia might explain some, but not all, of the association of diabetes with PD."2