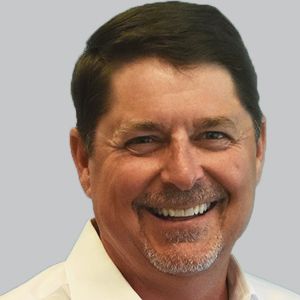 Gamma frequency neuromodulation proved to be safe and well tolerated. Patients treated with the digital therapeutic (n = 33) exhibited a significant 84% slowing of functional decline in Alzheimer’s Disease Cooperative Study–Activities of Daily Living (ADCS-ADL) scores over the 6-month period, as well as a significant 83% slowing in the rate of decline based on the Mini-Mental State Examination (MMSE), compared to patients on placebo (n = 20). Cognito has yet to announce the P values for these measures.

The mechanism of action for the digital therapeutic had been demonstrated in numerous preclinical studies, where repeated daily exposure to sensory-evoked gamma oscillations resulted in multiple beneficial effects on AD pathophysiology, including reduced production of soluble and insoluble amyloid-beta, microglia-mediated phagocytosis of amyloid plaques, reduced tau-hyperphosphorylation, and improved cognitive function.

Brent Vaughn, chief executive officer of Cognito Therapeutics, expressed excitement about the data announcement in a statement and added, “With our recent FDA breakthrough device designation, we look forward to expediting the clinical development of what has the promise to be the first disease-modifying digital therapeutic in Alzheimer’s disease.”

OVERTURE, a multi-center, randomized controlled clinical trial met its primary safety and tolerability end points, as well as showing significance in other selected secondary end points. The company also noted that the digital therapeutic could represent an important treatment and management objective for patients with AD after results showed significant benefits in the ability to perform activities of daily living via the ADCS-ADL and cognition via the MMSE.

Patients enrolled in the study were aged 50 years or older and had diagnosis of mild-to-moderate AD based on MMSE scores 14-26. They were randomized to receive 40 Hz noninvasive audio-visual or sham stimulation 1-hour daily at home over the 6-month treatment period.

"The combined clinical and biomarker findings suggest beneficial effects of gamma frequency neuromodulation in AD, which may be facilitated via differentiated pathways compared to traditional pharmacologic approaches,” Zach Malchano, president, Cognito Therapeutics, said in a statement. “We are excited to advance clinical development of our proprietary gamma frequency neuromodulation approach as a standalone therapy or in combination with other therapeutics in development for the treatment of Alzheimer’s.”

Cognito Therapeutics was founded in 2016 based on experiments conducted by scientific founders Li-Huei Tsai, PhD, and Ed Boyden, PhD, both of Massachusetts Institute of Technology (MIT). Initial MIT experiments conducted before 2016 led to the development of the neuromodulation platform and the completion of multiple clinical studies in AD.2

In December 2020, Cognito Therapeutics received FDA breakthrough device designation and planned enrollment for a pivotal study in patients with AD by the end of 2021.