The findings were consistent with the established safety profile for eculizumab in other non-neurologic indications, according to study authors. 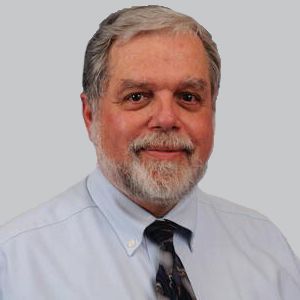 Findings from a post-hoc analysis of 2 phase 3 studies and their open-label extensions (OLEs) presented at the Muscular Dystrophy Association’s (MDA) 2021 Clinical and Scientific Conference, March 15-18, demonstrated that long-term treatment with eculizumab (Soliris; Alexion) is safe and showed no increase in infection rates among patients with generalized myasthenia gravis (gMG) or neuromyelitis optica spectrum disorder (NMOSD).1

Lead author James F Howard, MD, FAAN, chief, Neuromuscular Disorders Section, and professor of neuromuscular disease, University of North Carolina, and colleagues analyzed infection rates of eculizumab from REGAIN (NCT01997229)—which assessed patients with gMG—PREVENT (NCT01892345)—which evaluated those with NMOSD—and their respective OLEs (NCT02301624; NCT02003144). A total of 260 patients received eculizumab and 110 patients received placebo across both indications. Infection rates were analyzed post hoc and calculated as the number of events per 100 patient-years (PYs) relative to placebo to standardize for differences in treatment exposure.

In both of the core studies, the overall rates of infections and serious infections were similar between the eculizumab and placebo groups. Notably, rates per 100 PYs were generally lower with eculizumab than with placebo, especially for those who did not combine treatment with immunosuppressive therapy (IST).

Howard and colleagues concluded that the overall rates of infections and serious infections did not increase with long-term eculizumab treatment, indicated by the OLE studies, compared with shorter-term treatment exposure.

Infections from treatment with eculizumab were generally mild to moderate in severity. According to the study authors, the rates of the most frequently reported infection types per 100 PY were similar in patients with gMG and NMOSD, despite statistical analysis not being performed.

A separate analysis for both patient populations was conducted to see if the effects of eculizumab changed when combined with IST. Subgroups were determined by the number of ISTs received at baseline (0, 1, 2, or ≥3). At the conclusion of the study, researchers found that the number of concomitant ISTs at baseline was not associated with infection rates in any of the treatment groups (eculizumab or placebo) or indications. In all patients with gMG, there was a trend for reduced infection rates with increasing numbers of concomitant ISTs, but numbers of patients receiving no IST, or 3 or more ISTs were low (n = 2 for both groups).

Despite the lack of association between IST use at baseline and serious infection rates, researchers did notice that rates tended to be higher with placebo than eculizumab. Notably, for patients with gMG, there appeared to be an increase in serious infection rate with eculizumab versus placebo in those who received 3 or more concomitant ISTs, but patient numbers were low (n = 2).

In June 2019, the FDA approved eculizumab for the treatment of anti-aquaporin-4 antibody positive (AQP4-IgG-positive) NMOSD. The basis for the approval was data from the original PREVENT trial, which demonstrated safety and efficacy of eculizumab in adults and met its primary end point of prolonging time to first relapse and reducing risk of relapse.2

The PREVENT trial, led by Sean J. Pittock, MD, of Mayo Clinic, was a randomized, double-blind, placebo-controlled trial of 143 adults with AQP4-IgG-positive NMOSD. The primary end point of adjudicated relapse occurred in 3 of 96 patients (3%) in the eculizumab group compared with 20 of 47 patients (43%) in the placebo group (hazard ratio 0.06; 95% CI, 0.02-0.20; P <.001). The median time to first relapse was not reached in the treatment group but occurred at 103 weeks in the placebo group; most relapses were of myelitis.