Researchers found a 70% infarct resolution and 90% motor recovery in mice injected with the EFF-nanotransfected cells. 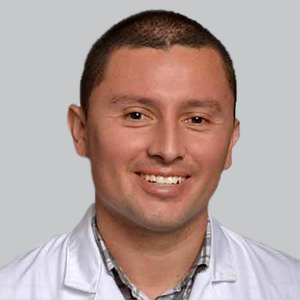 Data from a recent study suggest that vasculogenic cell therapies based on nanotransfection-driven (i.e., nonviral) cellular reprogramming have potential to treat ischemic stroke (IS).1

Researchers found that intracranial delivery of fibroblasts nanotransfected with Etv2, Foxc2, and Fli1 (EFF) led to a dose-dependent increase in perfusion 14 days after injection. Magnetic resonance imaging (MRI) and behavioral tests revealed around 70% infarct resolution and up to around 90% motor recovery in mice treated with the fibroblasts.

“We can rewrite the genetic code of skin cells so that they can become blood vessel cells,” said senior author Daniel Gallego-Perez, PhD, assistant professor, biomedical engineering and surgery, Ohio State University, in a statement.2 “When they’re deployed into the brain, they’re able to grow new, healthy vascular tissue to restore normal blood supply and aid in the repair of damaged brain tissue.”

Gallago-Perez and colleagues used transwell inserts to electrotransfect primary mouse embryonic fibroblasts (pMEFs) with a cocktail of plasmids encoding for EFF at a 1:1:1 ratio. pMEFs transfected with empty plasmids were used as controls. Quantitative reverse transcription polymerase chain reaction (qRT-PCR) analyses at days 1 and 7 after nanotransfection showed a robust increase of EFF expression as compared to controls and immunofluorescence and tube formation assays at day 7 confirmed phenotypic changes consistent with fibroblast-to-induced endothelial cell (iEC) transitions and ability to assemble into blood vessel-like vascular networks in vitro.

Researchers found a marked increase in intracranial perfusion 7 days after intracranial injection of pMEFs into the subarachnoid space of 9-week-old C57BL/6 mice, 24 hours after EFF nanotransfection compared to controls as confirmed by laser speckle imaging (LSI).

They then intracranially injected EFF- or sham-nanotransfected pMEFs into the subarachnoid space of mice on day 7 after induced 30-minute IS. Mice were monitored for 21 days after stroke, and LSI was used to evaluate cerebral perfusion through the intact skull.

“The implications of these observations are twofold, as it suggests that increased intracranial perfusion could potentially be modulated, in part, by a combination of (1) iEC-directed reprogramming of a proportion of the injected pMEFs, some of which appear to cross over to the contralateral hemisphere, and (2) exosome-driven autocrine and/or paracrine vasculogenesis or angiogenesis from preexisting vascular tissue,” Gallego-Perez and colleagues wrote in the paper.

All told, mice treated with EFF-nanotransfected pMEFs demonstrated a non-significant trend (P = .1) of greater stroke volume reduction compared to mice injected with control pMEFs. Researchers also found data to support that at least a portion of the nanotransfected pMEFs is structurally involved in the intracranial de novo formation of induced vasculature (iVas).

“Together, our results suggest that intracranial deployment of EFF-nanotransfected cells can lead to an overall improvement in gross motor skills in stroke-affected mice. However, additional studies are needed for a more in-depth evaluation of the impact of this potential therapeutic strategy on fine motor skills, which are also markedly affected by the stroke lesion in the motor cortex,” Gallago-Perez and colleagues concluded their paper.

“This is a proof of concept in a biological system, in a relevant model of preclinical stroke, that demonstrates the potential that, you can have a stroke and then in a delayed fashion, you can receive this treatment and you can have an improvement in your outcome,” added study co-author Shahid M. Nimjee, MD, PhD, neurological surgeon, Wexner Medical Center, Ohio State University, to the statement.