After a 12-month period, patients were able to use the implant for routine digital activities, such as texting, emailing, personal finance, online shopping, and communication of care needs. 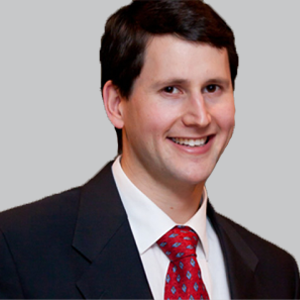 Findings from the SWITCH study (NCT03834857), the first in-human trial assessing an endovascular brain-computer interface (BCI) implant, showed a favorable safety profile in paralyzed patients with no device-related serious adverse events (AEs) or persistent neurological deficits. Investigators concluded that endovascular access to the sensorimotor cortex could be an alternative to placing BCI electrodes in or on the dura by open-brain surgery.

This single-center, prospective study assessed 5 patients with severe bilateral upper-limb paralysis, with follow-up of 12 months. The implanted devices included the Stentrode (Synchron), a 16-electrode sensing device implanted endovascularly, connected by a transvascular lead to an implantable receiver transmitter unit (IRTU) in an infraclavicular subcutaneous pocket. The recording head of the sensing device contained platinum electrodes with a surface area of 0.3 mm2 and an intercontact spacing of 3 mm.

Led by Bruce Campbell, MD, professor of neurology, University of Melbourne, the device was guided by 3-dimensional digital subtraction angiography coregistered to the target location marked on the preoperative structural MRI. After direct percutaneous access of an internal jugular vein, a 2-mm guide catheter was used to reach the target location in the superior sagittal sinus (SSS). Then, the device was advanced through the guide catheter and deployed adjacent to the precentral gyrus.

The referred sample included 4 patients with amyotrophic lateral sclerosis (ALS) and 1 with primary lateral sclerosis; however, only 4 patients satisfied all preoperative requirements and went on to receive the implant. The 1 patient was withdrawn from the study because of isolated transverse sinus drainage observed in the preimplant MRI. It has been previously shown that stenosis with contralateral hypoplasia may potentially impede flow; however, this is rather rare, occurring in just 1% of patients in a separate study.

"This fraction is a reasonable approximation of the number of patients who would be at risk if thrombus occurred,” Campbell et al wrote. "In this first in-human study, we adopted a conservative approach by excluding this participant. As further safety data accumulate, it may be possible for such patients to undergo the implant."

Following the procedure, 3 patients were discharged within 48 hours, and 1 patient remained in the hospital for an additional day. All told, there were no device-related serious AEs leading to death or permanent disability during the implantation and the 12-month follow-up period, as well as no serious adverse device effects or unrelated serious AEs. Investigators recorded 8 total adverse device effects, which were classified as mild and resolved without intervention.

On secondary end points, there was no target vessel occlusion or thrombosis found in any of the 4 patients at months 3 and 12 following the procedure. Between the distal electrode and the fiducial line, the mean absolute difference at 3-month and 12-month venogram was 0.45 mm, indicating no clinically meaningful change in device position.

Routine at-home training on the use of the device was given to each patient. The neural decoder calibrated on periods of rest and attempted limb movement, was initially used to generate switches in combination with eye tracking (ET) for cursor navigation to achieve computer control. Patients completed a typing test, evaluated by corrct characters per minute, selection accuracy, and response accuracy.

All patients performed routine tasks in the first session except for patient 1, who was able to perform tasks by the 9th session. Patients controlled the system with a mean selection accuracy of 93.9% (SD, 1.8%), at a mean correct characters per minute of 16.6 (SD, 5.6), where 97.2% (SD, 2.6%) of the total text produced was correct (1147 total words typed). When using the BCI with the ET decoder, patients 1, 2, and 4, were able to achieve computer control and perform everyday digital tasks, including email, text, shopping, and finance tasks. Patient 3 was able to complete finance tasks as well.