A trial conducted in Japan showed better functional outcomes for patients with large cerebral infarctions treated with endovascular therapy than those treated with medical care alone, but had more intracranial hemorrhages. 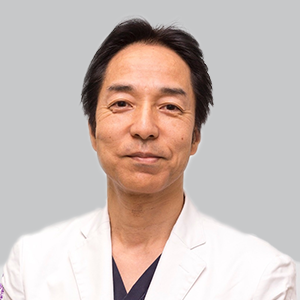 A trial conducted in Japan (NCT03702413) showed that functional outcomes at 90 days were better with endovascular therapy with medical care among patients with acute stroke and a large ischemic region.1 Although the therapy provided more positive outcomes than with medical care alone, it was associated with an increased incidence of intracranial hemorrhage.

Study author Shinichi Yoshimura, MD, PhD, professor of medicine, Department of Neurosurgery, Hyogo College of Medicine, and colleagues noted, “Endovascular therapy for acute ischemic stroke is generally avoided when the infarction is large, the effect of endovascular therapy with medical care as compared with medical care alone for large strokes has not been well studied.”

The percentage of patients in the trial with large ischemic regions of acute stroke was significantly higher with endovascular therapy complemented by medical care than with standard medical care by itself. Compared with the medical-care group, there were significantly more intracranial hemorrhages in the endovascular-therapy group. However, the difference was not significant in the percentage of patients with symptomatic intracranial hemorrhage.

In addition to reduced times to treatment, implementation of field stroke triage led to significantly lower rates of disability for both the entire cohort and those independent at baseline among those with large vessel occlusions.

The study was conducted as a randomized clinical trial, multicenter and open-label study that involved patients with occlusion of large cerebral vessels and sizable strokes on imaging. The patients were randomly assigned in a 1:1 ratio and received endovascular therapy with medical care or medical care alone within 6 hours after they were last known to be well, or within 24 hours if there was no early change on fluid-attenuated inversion recovery images.1

This trial was pragmatic, and the neurologists treated enrolled patients based on their judgment regarding the indication for endovascular therapy. In an earlier publication detailing the plans for analysis, Yoshimura et al, wrote, “we performed the primary analysis in the full analysis population and confirmed the findings with an analysis in the per-protocol population, in which patients were included after the adjudication of images and events.”2 A limitation of the trial was the relatively low use of recombinant tissue plasminogen activators among the enrolled patients which might have altered the outcomes in both groups and disadvantaged the medical-care group.

Yoshimura and colleagues concluded that “the favorable effect of endovascular therapy was generally apparent in the subgroups, including the post hoc subgroup with intervals longer than 6 hours between the time of stroke onset and randomization, but the trial was not powered for an analysis of these groups and there was no adjustment for multiple comparisons.”1