Endovascular treatment may benefit patients with emergent large vessel occlusion and target mismatch profiles regardless of the time from onset. 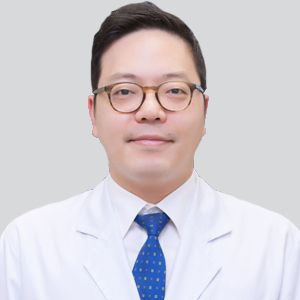 Results from a case-control study suggest that patients with anterior circulation large vessel occlusion (LVO) presenting very late (>16 hours to 10 days) from their last well known (LKW) time may still benefit from endovascular treatment, despite previous notions of the therapy only being effective during a window less than 16 to 24 hours from LKW.

Additional results of the study, which was led by Beom Joon Kim, PhD, stroke neurologist, Seoul National University Bundang Hospital, showed that EVT was associated with a favorable mRS shift (common adjusted OR, 10.54; 95% CI, 2.18—59.34) among a subgroup of 109 patients who were 24 hours from time LKW.

READ MORE: Hypertension Is Significantly Undertreated in Those With History of Stroke

“Patients with acute ischemic stroke and anterior circulation LVO may harbor substantial salvageable tissues in the very late period from 16 to 24 hours after the time LKW,” Kim and colleagues noted. “Endovascular treatment in this population increased the chance of being independent after stroke, and the benefit remained constant over the inclusion period, but with a nonsignificant increase in hemorrhages. However, this was a small observational study.”

Type 2 parenchymal hemorrhage was seen in 7 participants (5%), including 3 of the 24 (13%) patients in the EVT subgroup and 4 of the 126 patients (3%) in the medical treatment subgroup (adjusted OR, 4.06; 95% CI, 0.63—26.30). Symptomatic hemorrhage with an increased in the National Institute of Health Stroke Scale (NIHSS) score of 4 points or more occurred in 2 patients, both of whom received EVT.

Additional post-hoc analysis measured the final infarcts in 138 patients (92%) using magnetic resonance imaging (125 patients) or CT scan (13 patients), at a median of 93 hours (interquartile range [IQR], 66—120 hours) after arrival. In total, 40 patients who had follow-up imaging performed had a smaller final infarct volume than the baseline ischemic core (6 of 24 [25%] in the EVT subgroup and 34 of 114 patients [30%] in the best medical management group; P = .82). Kim and colleagues noted that the final infarct volume was not different from the baseline ischemic core according to the treatment subgroup, but patients who received EVT showed a tendency toward a higher proportion of reperfused penumbra.