Higher percentages of infants were event-free and were classified as having a motor-milestone response at month 12 than in historical cohorts. 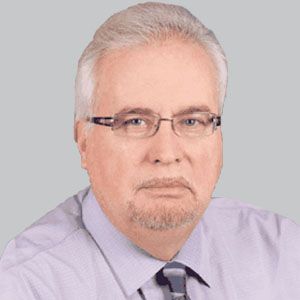 Researchers from the FIREFISH clinical trial (NCT02913482), which evaluated risdiplam (Evrysdi; PTC Therapeutics), an FDA-approved treatment for spinal muscular atrophy (SMA), have published additional data from part 2 of the study.1 All told, oral risdiplam treatment over a period of 12 months in patients with type 1 SMA resulted in higher percentages of infants who met motor milestones, survived without need for ventilation, and showed improvements in motor function than the percentages in natural-history cohorts.

Lead author Basil Darras, MD, director, Neuromuscular Center and Spinal Muscular Atrophy Program, Boston’s Children’s Hospital, and colleagues originally published 2-year data from the study in April 2021, which indicated that the treatment had a significant impact on the primary end point. The milestone of being able to sit without support for at least 5 seconds at month 12 was met by 29% (12 of 41) of participants, significantly higher than the performance criteria of 5% from natural-history data (P <.001).2

Key secondary end points included a score of 40 or higher on the Children’s Hospital of Philadelphia Infant Test of Neuromuscular Disorders (CHOP-INTEND), an increase of at least 4 points from baseline in the CHOP-INTEND score, a motor-milestone response as measured by Section 2 of the Hammersmith Infant Neurological Examination (HINE-2), and survival without permanent ventilation. These performance criteria were the upper limits of the 90% confidence intervals for natural-history data from 40 infants with type 1 SMA.1

Classification of having a HINE-2 motor-milestone response was identified in 78% (95% CI, 62 to 89; n = 32) of infants on risdiplam, compared with the performance criterion of 12% (P <.001). At month 12, 85% (95% CI, 70-93; n = 35) of infants were event-free in comparison to the natural history criterion of 42% (P <.001). Event-free survival was defined as being alive without the use of permanent ventilation. This included tracheostomy or bilevel positive airway pressure for at least 16 hours per day continuously for 3 weeks or continuous intubation for 3 weeks, in the absence of, or after the resolution of, an acute reversible event.

A total of 254 adverse events (AEs) and 48 serious AEs were recorded among the study population. The most common AEs included upper respiratory tract infection (68%), pneumonia (39%), and pyrexia (39%), followed by constipation (20%), diarrhea (10%), and maculopapular rash (10%). Previously reported data showed that between the first and second 12-month periods of FIREFISH part 2, the incidence of serious pneumonia declined by approximately 3-fold.2

Risdiplam received FDA approval for the treatment of SMA in adults and children 2 months of age and older in August 2020. To date, the drug has been approved in 39 countries and submitted in a further 33 countries.