If approved, the oral fixed-dose coformulation of sodium phenylbutyrate-taurursodiol will become the third medication to receive an FDA greenlight for ALS. 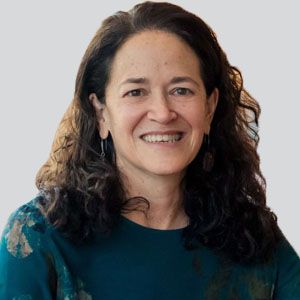 After agreeing to reconvene for a second time, the FDA’s Peripheral and Central Nervous System Drugs Advisory Committee has voted that current data on AMX0035 (Amylyx Pharmaceuticals), an investigational agent for the treatment of amyotrophic lateral sclerosis (ALS), is sufficient in demonstrating efficacy. The panel voted 7­­­–2 (7 yes; 2 no) in favor of recommending it for FDA approval, as it nears its scheduled PDUFA date of September 29, 2022.1

"As we’ve heard from today’s presentations and the statements in the Open Public Hearing, AMX0035 has the opportunity to be a meaningful new treatment option for physicians and the ALS community in the fight against ALS," Josh Cohen and Justin Klee, co-CEOs and cofounders, Amylyx, said in an email statement issued to NeurologyLive®.

No new trial data for AMX0035 were presented; however, Amylyx did present new analyses from the existing phase 2/3 CENTAUR trial (NCT03127514), the main supportive trial used its new drug application (NDA) submitted in December 2021. Presenters from the company highlighted the survival effect of the agent, which was compared with 2 robust ALS data sources: the ENCALS survival prediction model and the Pooled Resource Open-Access ALS Clinical Trials Database. Additionally, they presented data from the phase 2 PEGASUS study (NCT0353327), which showed that AMX0035 improved several cerebrospinal fluid biomarkers in Alzheimer disease (AD) such as YKL-40 and total tau, while not significantly improving others such as neurofilament light, IL-6, and GFAP, among others.

Cudkowicz, an investigator on the CENTAUR trial, added, "It’s easy for this conversation to become more abstract based on complex regulatory standards, but to me it's simple. I currently take care of 500 people with ALS every day. I’ve cared for thousands in my career. In my opinion, AMX0035 needs to be something that we can offer our patients now, not just in an expanded access program that is limited to enrollment, but for any appropriate patient in the United States."

A lot of the issues raised by the committee, and by biostatistics reviewer Tristan Massie, PhD, included the way analyses were planned and conducted. Massie noted that there were numerous analytical choices and assumptions for these analyses that could affect the results, as well as the fact that survival analyses were unplanned, exploratory, and had limitations.

"The problem is it needs to be prespecified," Massie stated in the Q&A portion of the hearing. “There are many choices you can make on variables, and even if you do that, there could be unmeasured prognostic factors. It will never attain the level of a randomized comparison."

Despite these concerns, most of the panel felt as though the data presented made enough of a compelling case for AMX0035 and its treatment effect for patients with ALS. Contrary to other previously failed agents, AMX0035 carries a safe profile, which lent to the decision to vote for recommendation. If approved, the agent would become the third medication available to slow disease progression, following riluzole (Rilutek; Sanofi) and edaravone (Radicava; Tanabe Pharma).

Committee member Emily Frelich, MD, a cross discipline team leader at the FDA, noted that the agent is also relying on a single-trial approach to establish effectiveness, on which she wrote, "should generally should generally be limited to situations in which an adequate and well-controlled trial has demonstrated a clinically meaningful and statistically persuasive effect on mortality, severe or irreversible mortality, or prevention of a disease with potentially serious outcome, and confirmation of the result in a second trial would be impracticable or unethical." However, she did note that under certain circumstances, the FDA can also conclude that 1 adequate and well-controlled clinical investigation plus confirmatory evidence is sufficient to demonstrate effectiveness.

The original FDA Advisory Committee meeting was held in March 2022, weeks before AMX0035’s original scheduled PDUFA data. There, they discussed whether the data from CENTAUR and its open-label extension adequately established the agent as an effective treatment for ALS. Ultimately, the committee voted 6–4 (6 no; 4 yes; 0 abstain) not in favor of the agent.2 Similarly, there were concerns over the trial’s conduct and robustness of the data, as well as some members who felt the ongoing phase 3 PHOENIX trial may help answer lingering questions regarding the medication.

PHOENIX, a 48-week, randomized, placebo-controlled trial, is expected to have results published in 2024. Throughout the second Advisory Committee meeting, several presenters, including patients with ALS, stressed that waiting for these results could prove to be detrimental, as many patients would pass over that time. Notably, in the meeting, Justin Klee co-CEO, and cofounder of Amylyx, agreed to the proposed idea that the company would remove AMX0035 from the market if it does receive approval and ultimately fails in the PHOENIX study.1

Following the first advisory meeting, Amylyx published additional results from CENTAUR, highlighting AMX0035’s ability to prolong tracheostomy-free and ventilation-free survival. All told, the agent lowered the risk of any key event—death, tracheostomy, perminant assisted ventilation, and first hospitalization—by 47% compared with placebo (HR, 0.53; 95% CI, 0.35-0.81; P = .003). As of the analysis cutoff with the longest follow up of 35 months, median key event-free survival duration and tracheostomy/PAV-free survival duration were 4.8 and 7.3 months longer, respectively, in participants randomized to study drug vs those on placebo.5