The once-daily therapy will be available in 3 doses&mdash;129 mg, 193 mg, and 258 mg&mdash;giving patients flexibility in regimen setting among the options. 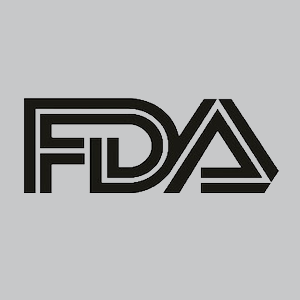 The US Food and Drug Administration (FDA) has approved amantadine (Osmolex ER, Osmotica) extended-release tablets for the treatment of Parkinson disease (PD) and drug-induced extrapyramidal reactions in adults, often adversely caused by many common medications.

The tablet is a formulation of both the immediate and extended-release versions of amantadine, which utilizes Osmotica Pharmaceuticals’ patented Osmodex technology to provide a once-daily option for adults with PD and drug-induced involuntary movement conditions, such as tardive dyskinesia (TD).

The therapy will be available in 3 doses: 129 mg, 193 mg, and 258 mg. The maximum daily dose will be regulated at 322 mg. As the therapy is administered in the morning each day, patients will have flexibility in regimen setting among the trio of dosing options.

“The FDA’s approval of OSMOLEX ER provides a new treatment option for those patients suffering from Parkinson’s disease and adults who have extrapyramidal reactions, or movement disorders, that are caused by certain medicines,” Brian Markison, Chief Executive Officer of Osmotica, said.1 “We are eager to make OSMOLEX ER available to physicians and patients in the US.”

Previously, the FDA approved the therapy for antiviral and antiparkinsonian treatment. In 2017, a version of it was granted approval by the FDA to Adamas. In a trial that year, it displayed a dual benefit for the treatment of dyskinesia and motor symptoms in a population of 126 patients with PD who had developed levodopa-induced dyskinesia (LID), which occurs in more than 50% of patients treated with the common therapy for more than 4 years.2

The randomized, double-blind, placebo-controlled trial tested a 274-mg dose of amantadine in patients with PD who experienced at least 1 hour of troublesome dyskinesia each day. After daily nighttime administration of the therapy for 12 weeks, patients in the intervention arm (n = 63) experienced Unified Dyskinesia Rating Scale (UDRS) total score decrease of -15.9 (standard error [SE], 1.6) from baseline. In comparison, patients treated with placebo (n = 58) in that same timeframe saw a decrease of -8 (SE, 1.6) for a treatment difference of 7.9 (95% CI, -12.5 to -3.3; P <.001).

The most common adverse events (AEs) experienced by patients were visual hallucinations, peripheral edema, and dizziness. In 13 (20.6%) patients treated with amantadine treatment was discontinued due to AEs, in comparison with 4 (6.9%) patients on placebo.

The therapy has been contraindicated in patients with creatinine clearance below 15 mL/min/1.73 m2. It also protected by a trio of formulation patents with protection extending through March 2030, with additional patent applications pending, according to Osmotica.

Markison noted that Osmotica is currently finalizing its plans for commercialization of the therapy. “We believe that the approved indications and compelling value proposition will be important factors in physician adoption and marketing of OSMOLEX ER,” he added.