Howard Fillit, MD, founding executive director of the Alzheimer’s Drug Discovery Foundation, provided perspective on how ADDF and others are advancing the detection and treatment of Alzheimer disease. 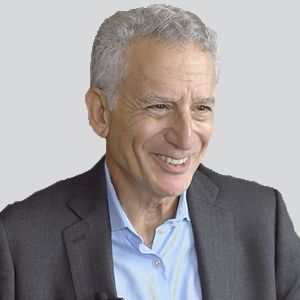 There was a palpable buzz within the confines of the 2022 Clinical Trials on Alzheimer’s Disease (CTAD) conference, held November 29 to December 2, in San Francisco, California, as several presentations demonstrated the progress being made within the field. The most notable presentation was that of lecanemab (Eisai; Biogen), an investigational agent currently under review for the treatment of patients with early Alzheimer disease (AD). With a PDUFA date set in early January 2023, it could become the second approved agent in less than 2 years for the neurodegenerative disorder, joining aducanumab (Aduhelm; Biogen) in June 2021.

After years of preclinical work and studies geared towards understanding and detecting cognitive decline, many within the field, including Howard Fillit, MD, believe the field is now seeing the fruits of its labor. Fillit currently serves as the founding executive director of the Alzheimer’s Drug Discovery Foundation (ADDF), the only charity solely focused on finding drugs for AD. Through the support of donors, the ADDF has awarded more than $209 million to fund over 690 Alzheimer drug discovery programs, biomarker programs, and clinical trials in 19 countries.

NeurologyLive® sat down with Fillit at CTAD 2022 to get his thoughts on the progress made within the field, and the reasons for excitement in the coming years. Fillit, who chaired a roundtable discussion on investments in innovation, also provided perspective on the innovative efforts the foundation has done to improve the detection and treatment for patients with AD.

NeurologyLive®: How does the Alzheimer’s Drug Discovery Foundation specifically work towards innovating the space?

Howard Fillit, MD: We’ve been in business, so to speak, for almost 25 years. The whole purpose of venture philanthropy, which is our operating model, is to fund innovation. Because we're a nonprofit, we can afford to take risks that pharmaceutical companies and investors who are dependent on showing profits can't take. Basically, investors have to show profits to their investors. We're not restricted by that kind of thinking. The funding of innovation through our foundation has made a significant impact. We were very early funders of the Amyvid brain scan, PET scan, which is now widely used in these clinical trials, and was probably the main outcome measure that led to the accelerated approval of aducanumab, which was the first disease modifying drug for Alzheimer disease proofed through the accelerated approval. We were also early investors in a company called C2N [Diagnostics], which has brought the first blood test to market for Alzheimer disease. We're still invested with them. At the time we invested, these were really speculative ideas. So it's gratifying to have said that we were early investors in the first two diagnostic tests to come to market for Alzheimer disease. And of course, that plays a critical role not only in clinical trials, but also in clinical practice. And I use these tests in my clinical practice now.

What should the community look forward to in the coming years?

If lecanemab gets approved, it'll be interesting to see the rollout, the uptake in the prescribing of that drug, and getting real world clinical experience with it. That'll be really exciting, and so I'm looking forward to that. As well as other monoclonals in development. Beyond that, I'm looking forward to seeing more clinical trials on novel mechanisms. Inflammation, for example, is one. Metabolic agents, antioxidant type of agents like oral edaravone, which is on the market here in the United States being repurposed. We've funded 19 different clinical trials of repurposed agents. [This includes] angiotensin receptor blockers, like candesartan, rotigotine— which is a Parkinson's drug—and riluzole, which is an ALS drug. Those are the main ones that I can think of right now. Well, liraglutide was another diabetes agent, as well as metformin. So just a sampling, but I think we need to do more work to prove [efficacy], these were sort of phase 2a exploratory Studies. But we need more work to confirm and validate. And we're starting to fund some validation studies with that.

How has the diagnosis of Alzheimer disease been redefined over the years?

We have a $100 million fund for new diagnostics called the Diagnostics Accelerator. We've made about 45 investments in countries around the world in three areas. One is new blood tests, things like cell-free DNA messenger, micro RNAs—genetic type of approaches—and novel phosphor tau assays. One thing I'm really excited that we've been funding is digital tests. You can do cognitive testing on your smartphone or on your iPad. That's going to change clinical practice, and it's certainly going to reduce the cost of screening. You won't need these paper and pencil tests anymore, and there'll be passive uptake.

We're looking at speech and language as a biomarker for early Alzheimer's disease. We just capture people's voices once a day for a couple of minutes and we’re able to analyze it. That's another area of digital technologies for early diagnosis. And then retinal technologies, looking at the back of the eye for microvascular disease that correlates with brain microvascular disease. Those studies are underway. Seeing amyloid-ß deposits in the back of the retina is proving to be pretty reliable in terms of correlating with what we see on PET scans. There might be a day where when you go for your eye checkup, you also get a checkup if you want to see if you're cooking early Alzheimer disease. We know that the pathology [of Alzheimer disease] starts up to 20 years before symptoms. We can now do prevention trials and prevention studies, and so that’s another thing I'm excited about.

I’ve been coming to this meeting since the beginning. I think it's been about 15 years. And I've been taking care of people with Alzheimer disease and doing research in Alzheimer disease for about 42 years, and this is absolutely, by far, the most positive and exciting meeting that I've ever been to. I think the field has come of age. All the decades of basic research are finally translating into therapeutics and diagnostics. It's a really exciting time.