Using a backward logistic regression model, lower functional capacity between the default-mode network and ventral attention network accurately predicted response to cognitive rehabilitation among a cohort of patients with MS. 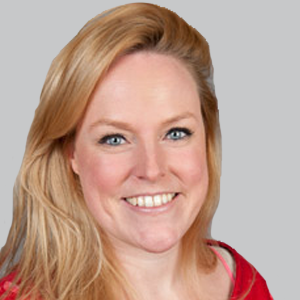 Using a cohort of patients with multiple sclerosis (MS) who underwent a 7-week attention training program, results showed a mild-to-moderate overall short-term working memory, with treatment response dependent on a window of opportunity defined by an intact functional capacity (FC) between the default-mode network (DMN) and attention networks.1

"In our multivariate prediction model, lower FC between DMN-VAN and between DMN-FPN (iem ‘normal FC’) were both identified as predictors of response. This indicates that the fewer deviations there are from HC-like FC, the higher the chance for successful cognitive training," Hulst et al wrote, adding that, "Consequently, it seems that the timing of cognitive training in [people with] MS is of utmost importance. One could argue that a mind-set shift from symptom management towards preventive intervention aimed at preserving cognition is needed (ie, enhancement of network functioning rather than restoring it, since the latter might be impossible)."

The intervention consisted of the C-Car computer program, previously used in the field of neuro-oncology. C-Car simulates driving a car, with tasks designed to train sustained, selective, alternating, and divided attention. Because of its adaptive design, patients practice at their own level, with difficulty increased throughout the sessions. A score of at least 90% were needed to progress to the next difficulty. Additionally, all patients underwent neuropsychological assessment at baseline (T0), post intervention (T1) and 3 months follow-up (T2). Six cognitive domains—verbal memory, information processing speed, visuospatial memory, working memory, verbal fluency, and attention—were measured. Responders were defined as scoring above the reliable change index (RCI) threshold of 1.64 on at least 2 of the 6 (33%) cognitive domains measured, on at least 1 test per domain.

"Given the heterogeneity of MS progression, disease course and observed differential response to cognitive training, it is evident that future studies in the field now need to start exploring individualized (selection) approaches to maximize the effectiveness of cognitive training programs," Hulst et al wrote.