A novel gene therapy has demonstrated impressive early results in a small sample of 3 children with Duchenne muscular dystrophy. 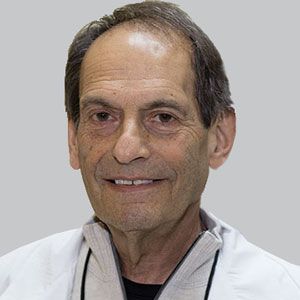 In the study, all patients exhibited a robust expression of transduced microdystrophin, which was properly localized to the muscle sarcolemma. All post-treatment biopsies exhibited high levels of microdystrophin. Additionally, all 3 patients showed significant decreases of serum creatine kinase (CK) levels, with a nearly 100% reduction in the mean by day 60 (87% reduction).

“I have been waiting my entire 49-year career to find a therapy that dramatically reduces CK levels and creates significant levels of dystrophin,” principal investigator Jerry Mendell, MD, of Nationwide Children’s Hospital, said in a statement. “Although the data are early and preliminary, these results, if they persist and are confirmed in additional patients, will represent an unprecedented advancement in the treatment of DMD. I look forward to treating more patients in the clinical study to generate the data necessary to bring this therapy to patients with DMD, with the goal of dramatically changing the course of the disease.”

No serious adverse events were noted in the study, and 2 patients who experienced elevated gamma-glutamyl transferase (GGT) corrected within a week and returned to baseline levels through increased steroid intake. Furthermore, during the first week of treatment, patients experienced transient nausea which correlated with increased steroid dosing.

“As a genetic medicine company, our goal is to work with the world’s leading clinicians and scientists to advance scientific discoveries to the clinic and, ultimately, to therapies that profoundly improve and extend the lives of those living with Duchenne muscular dystrophy and other rare, fatal diseases,” Doug Ingram, Sarepta’s president and chief executive officer, said in a statement.

AAVrh74.MHCK7.micro-Dystrophin vector consists of a rhesus monkey-derived AAV vector, which shows lower immunogenicity rates in existing early-stage clinical studies than expected with other AAV vectors. The MHCK7 cassette allows for AAVrh74 to effectively enter skeletal, diaphragm, and cardiac muscle preferentially via the blood, making it an ideal candidate for neuromuscular diseases.

“Since the discovery of the dystrophin gene in 1986, scientists, clinicians, patient advocates and the biotech ecosystem have tirelessly searched for ways to restore or replace dystrophin and rescue boys with DMD from the damage and early death," said Ingram. "Dr. Mendell’s results, if confirmed in additional patients, studies, measures and time points, represent a monumental leap forward in the direction of our goal.”

Several AAV vector-based therapies are currently in development for patients with DMD; however, some of these agents have been faced with safety obstacles. One such therapy, SGT-001, was placed on clinical hold by the FDA for safety concerns related to a reduction in red blood cell count and complement activation.

SGT-001 also utilizes AAV-mediated gene transfer; however, it is attached to a different promoter cassette known as CK8, which is different from the MHCK7 promoter used for AAVrh74.MHCK7.micro-Dystrophin.

Pfizer is also developing a third gene therapy utilizing AAV-mediated microdystrophin gene transfer for DMD. This agent, PF-06939926, was first administered to a patient in March 2018. Early data from this preliminary trial are anticipated in early 2019.