Patients who had higher baseline REM without atonia levels were associated with the largest treatment effects on RSWA with a single 50 mg dose of ulotaront. 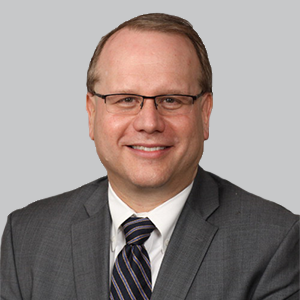 Recently published findings from a post-hoc analysis of healthy individuals showed that treatment with 50 mg ulotaront (Sunovion) was associated with reductions in REM sleep without atonia (RSWA) levels, especially in those with greater than average RSWA levels receiving placebo.

Those who had above average RSWA percentile levels in SM + AT phasic density during the placebo trial had greater delta value for change in RSWA between the placebo and ulotaront treatment conditions. "These results suggest that ulotaront may have a dose-dependent treatment effect on lowering RSWA at the 50 mg dose," St. Louis et al wrote. "Further studies are needed to investigate the potential efficacy, safety, and dose requirements of ulotaront as a potential symptomatic therapy for REM sleep behavior disorder."

A questionnaire showed that adolescents with narcolepsy and parents prefer to receive details on narcolepsy at the time of diagnosis from a healthcare provider.

In terms of the 10 mg dose group, all individuals RSWA metrics were within the normative range following treatment. Delta RSWA was different only for SM duration (P = .048), but there were no differences for any of the other visual or automated RSWA metrics between the 10 mg group and placebo treatment nights. Notably, treatment with 10 mg ulotaront resulted in no changes in RSWA that impacted REM sleep duration.

Ulotaront is currently being investigated in other disorders as well, and was granted breakthrough therapy designation by the FDA for the treatment of schizophrenia in 2019. It is the first TAAR1 agonist to enter phase 3 clinical trials for adults and adolescents with schizophrenia. In December 2022, Sunovion announced the first patient enrolled in a phase 2/3 study of ulotaront in major depressive disorder (MDD), making it the first TAAR1 agonist to be studied as an adjunctive therapy for patients with that condition.