The professor of neurology at Mayo Clinic discussed the effects social determinants of health can have on epilepsy treatment outcomes and where research needs to turn to next. 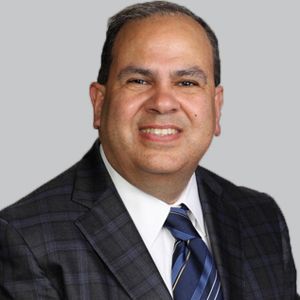 This is a 2-part interview. For part 1, click here.

In an effort to examine the underlying cause and extent of treatment delays for individuals with epilepsy enrolled in Arizona’s Medicaid program, Joseph Sirven, MD, and colleagues built a multinomial logistic model where patients' demographics, initial diagnosis setting, and social determinants, based on enrollment data and Z-codes, were assessed. They found that those diagnosed in inpatient settings were 2 times more likely to be treated within 30 days than those diagnosed in office settings.

Those diagnosed in nontraditional settings were also 5.9 times more likely to be untreated than individuals with epilepsy diagnosed in an office setting. The most significant factors observed were care setting, age, marital status, homelessness, and poverty. Sirven, a professor of neurology at Mayo Clinic, hopes that his research can lay the groundwork for future projects and a greater effort from the community to create change based on these data.

In the second half of this conversation, Sirven discussed whether the most significant variables are controllable or just products of natural life, the lasting impacts of incorrect or late diagnosis of epilepsy, and areas of research that could further expose the effects of social determinants of health.

NeurologyLive: There were a number of significant variables that correlated with treatment delays. Are these things that we can control better, or are they just a part of life?

Joseph Sirven, MD: Here’s what it is. On 1 level, you can’t say too much. In other words, as a physician, nurse practitioner, physician assistant, or whoever that provider is that touches that patients, it is what it is. You got there because of the products of your life story and situation. On the other hand, in Arizona, if you’re Native American, which represents a big chunk of the population, you’re less likely to get managed than the other groups. Same goes for if you’re unemployed. That’s where policy changes. Once you illuminate that, policy minds have to come into play.

It’s not so much that you, as the physician, have to be an advocate, it's more just, “Hey did you know this?” This is where that policy setting can have an impact on health if you figure out; is that a transportation issue? Is it a stigma issue? Are there available care places and hospitals? There’s a lot of reservations in Arizona that are physically segregated from other parts [of the state]. There’s only 2 big cities in the state of Arizona and they are Phoenix and Tucson. After that, you’re in the smaller cities that may not have some of these facilities. Then you end up in rural America where if you think about it, it’s something that’s true for almost every state in the country except for places like West Virginia and Vermont who don’t have any large cities. That’s how this is illuminating in that regard.

What lasting impacts can these treatment delays have on people with epilepsy?

If you didn’t start on medication to begin with, you’re never recognized as being drug-resistant. You’re going to have seizures even though those can be extinguished with a simple medication, so you’re missing that. When you have seizures, you can’t drive, you have trouble getting to work, you have trouble [building] relationships. Those items start falling against you. If you are one of those people who have honest to goodness drug-resistant epilepsy, then you’re just delaying ever getting to a place that’s going to get you to change your trajectory of life. That’s what matters the most here.

Do you intend on further exploring the role of social determinants in epilepsy care? If so, what are the next steps?

This is only the beginning. The natural thing would be to compare this exact number and exact situation to a commercial insurance situation and then to Medicare. That gives you 3 portraits. It gives you the national safety net because we don’t even know how well people are managed on commercial insurance for that matter. For social determinants, this is going to complicated because the access data forces z-code usage, but the other insurances do not yet and may not in general. Understanding z-codes and how to do that is another element.

Then you have to compare larger populations. We picked a population, here, with high Native American, high Hispanic, very low African American, and middle ground Caucasian. Maybe this is different for African Americans in another state. Maybe this is different for Hispanics. In our groupings, we did not find that they were at disadvantages, but just remember, 40% of the population, which represented about 10% of the insured in Arizona, did not get treated after 2 seizures. Secondly, when they did get treated, it was anywhere between 180 days which was the mean and 73 days which was the median. It makes you wonder, what’s going on? That’s the question where research takes us. Those are where the issues have to come.

Is there anything else we should know about your research?

At the end of the day, sadly, because our health system is divided into lots of pockets which include 50 different state Medicaids, 1 Medicare, and then commercial insurances this will have to run across each of those pools in order to get an honest glimpse. As I say, we have a lot of work to do. That’s the bottom line.