Inebilizumab’s Safe and Effective Profile for African Americans With NMOSD 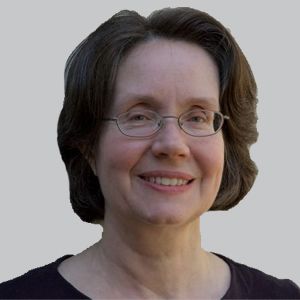 Inebilizumab (Uplizna; Horizon Therapeutics), became the first and only FDA-approved CD-19 B-cell depleting humanized monoclonal antibody for the treatment of adults with anti-aquaporin-4 (AQP4) positive neuromyelitis optica spectrum disorder (NMOSD) in June 2020. The basis of the approval was the N-MOmentum trial (NCT02200770), which showed that the treatment significantly reduced risk of NMOSD relapse. Since then, there have been several additional analyses examining the therapy, including one such presented at the 15th World Congress on Controversies in Neurology, September 23-26, 2021.

An analysis of N-MOmentum presented by Evanthia Bernitsas, MD, indicated that inebilizumab provided durable efficacy and a favorable safety profile for African Americans with NMOSD, a population that has had different experiences with disease management. These patients had an annualized attack rate of 0.06 compared to 0.09 in the overall group. Additionally, the therapy produced rapid and sustained B-cell depletion in this subgroup, consistent with other N-MOmentum trial participants.

Bernitsas, neurologist, Wayne State University, sat down with NeurologyLive to discuss her findings and the clinical significance. She also provided context on the importance of including African American patients in NMOSD trials, and why continued research on inebilizumab is necessary.

NeurologyLive: Can you first discuss your findings in detail and explain the motivation behind this analysis?

Evanthia Bernitsas, MD: Let me first discuss the disease itself. This is a central nervous system disease affecting mainly the optic nerves and the spinal cord. It’s an autoimmune inflammatory demyelinating disease caused by an immunoglobulin antibody against a water channel protein called aquaporin-4 (AQP4). This protein is found in astrocytes. About 80% of patients are positive and 20% are negative for this antibody. If we go back a couple of years ago, there was no FDA-approved therapy for NMOSD. Inebilizumab was approved in 2020. This monoclonal humanized antibody targets and depletes CD-19 antibody producing cells and is approved for AQP4-positive patients with NMOSD.

The motivation behind this analysis was to examine how the medication works in a minority population. African Americans have a higher prevalence of the disease, younger onset, and a higher disability than non-Black or White patients. The study had 3 phases. Firstly, was the screening phase, followed by the randomized control phase, and then finally, the open-label phase. The end points included the annualized relapse rate and disability progression, measured by the EDSS [Expanded Disability Status Scale]. Other end points included active or new lesions in the MRI, number of hospitalizations, B-cell counts in the blood, and side effects.

In terms of side effects, there were no deaths in the African American population. In total, 67% of patients on inebilizumab had one or more adverse event compared to 80% on placebo. The most common adverse events were infuser reactions and infections, mainly respiratory infections. All of those numbers were consistent with the numbers we have for the non-Black patients.

Is there a current need to conduct NMOSD trials that focus on subpopulations of those who are disproportionately affected?

Yes, absolutely. From other studies in the past that looked at demyelinating diseases, there was some evidence that certain disease-modifying therapies did not work as well for African Americans. By doing this analysis at this point, we hope that we provide some evidence that inebilizumab is safe and effective for the African American population, so we can use this medication with some confidence to treat NMOSD.

Has our knowledge of NMOSD and how it impacts certain races more made clinicians change their approach?

We have good evidence that inebilizumab works for both Black and White patients. We have to make that evidence stronger every day. Regarding the challenges these subpopulations face, in our clinic, we have a high percentage of African Americans. About 40% of our patients are African American. To me, they face more transportation issues. Maybe the access to care is not direct or not immediate. They are underrepresented in clinical trials. The reason for that could be cultural, could be bias. They don’t have the opportunity to try a new medication before approval. That’s another challenge these subpopulations face.

We try to help and to provide the best care we can. That underrepresentation can even be seen in this clinical trial. In our analysis, we included 20 African American patients, while the total of participants was 231. That’s less than 10% of the whole study.

Do you have any future aspirations of conducting additional research on inebilizumab? Potentially in other subpopulations.

Yes, absolutely. We need a higher number of participants to reach conclusions. At this point, we have some evidence, but we cannot reach conclusions with just 20 participants. That will definitely be a project in the future. I’ve thought about other projects but have not finalized my plans yet.

Is there anything else you’d like to mention about the drug or NMOSD itself?

The drug seems to be very effective. There is a challenge in NMOSD to find out what we can do for patients who are AQP4-negative. We are happy to be able to provide treatment for AQP4-positive patients, which makes up the majority. We’re happier that we found out that this medication works equally as well for African Americans and non-Black patients. We can give this medication and be hopeful for better outcomes.