This was the first time that progression of cognitive fluctuations in patients with Lewy body dementia had been systematically investigated using a clinical rating scale. 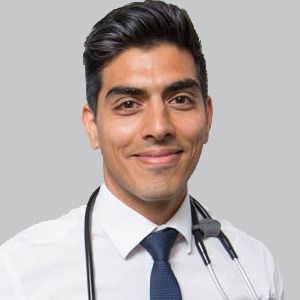 Within a timeframe of 6 months, investigators found that using common clinical instruments can show significant changes in key clinical features among patients with Lewy body dementia. The findings have clinical implications for the design of therapeutic trials of disease-modifying and symptomatic agents.

After including covariates such as age, cholinesterase use, intervention allocation and diagnosis, investigators observed a decline of –1.3 points (95% CI, –2.2 to –0.5; P = .002) on Mini-Mental State Examination (MMSE) scores, with an annualized rate of change of –2.7 points (95% CI, –4.3 to –1.0) over the 6 months. Notably, despite not reaching statistical significance, scores on the Montreal Cognitive Assessment (MOCA) also demonstrated a strong trend towards a decline with time.

A linear mixed model detected significant change in time in Unified Parkinson’s Disease Rating Scale-III (UPDRS-III) across the sample. The estimated rate of change in UPDRS-III was +3.2 points over 6 months (95% CI, 0.6-5.9; P = .018), with a corresponding annualized change of ­+6.4 points (95% CI, 1.1-11.7). The model, which included diagnosis, intervention, age, and levodopa equivalent dose, also showed no significant interaction between presence or absence of parkinsonism at baseline and change in parkinsonism over time.

"Lewy body dementias are heterogenous disorders and defining disease progression through clinical measures remains an urgent challenge for the field," Matar et al wrote. "The detection and quantification of a significant change in the trajectory of key clinical features and symptoms over a relatively short timeframe, beyond cognitive decline, suggests the feasibility of using some of these features as clinical end points in isolation or as part of a composite measure in therapeutic trials."

Dementia Cognitive Fluctuations Scale (DCFS), an assessment of cognition, was shown to significantly increase with time over the course of the study. Using linear models that covaried for diagnosis, intervention, and cholinesterase, investigators observed a 6-month increase on DCFS scale of 1.3 points (95% CI, 0.6-2.1; P = .001), with an annualized rate of change of 2.6 points (95% CI, 1.1-4.1). Notably, no significant interaction was observed between presence or absence of cognitive fluctuations at baseline and change in time of the DCFS.

There was no significant change in time on the Neuropsychiatric Inventory (NPI) and its 3 measures (NPI-total, NPI-Hallucination score, and NPI-4). There was a trend towards reduced NPI-Hallucination severity score (P = .06) over the time course of this study, however the small magnitude of change and confidence intervals crossing 0 suggested that this was unlikely to be clinically meaningful.