Intranasal Insulin Has No Functional, Cognitive Benefits in Alzheimer Disease

No differences were observed between the insulin and placebo groups on several clinical outcome measures as well as biomarker evaluations. 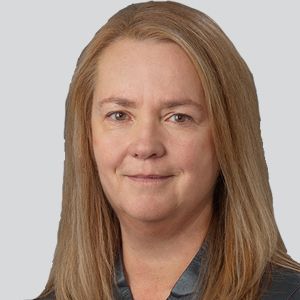 The study consisted of 2 treatment groups that received 40 IU of intranasal insulin or placebo daily for 12 months using 2 different treatment devices, both administered intranasally, followed by a 6-month open-label extension phase. The study was conducted by Suzanne Craft, PhD, professor of gerontology and geriatric medicine at the Alzheimer’s Disease Research Center at Wake Forest School of Medicine, and colleagues across 27 sites of the Alzheimer’s Therapeutic Research Institute.

Motivated by insulin's many functions in the brain and associations between insulin dysregulation and AD pathology, Craft and colleagues launched the study to examine whether "restoring brain insulin function may provide therapeutic benefit for adults with AD or its prodrome, amnestic mild cognitive impairment."

For the first 49 participants, the first device used to administer treatment had inconsistent reliability and thus necessitated a mid-trial switch to device 2. The second device was used for the remaining 240 participants (123 men [51.3%]; mean age, 70.8 years [standard deviation (SD), 7.1]), who were designated to the primary intent-to-treat (ITT) population. Of the 240 participants, 121 were randomized to the insulin arm and 119 were randomized to the placebo arm.

From baseline to month 12, the researchers concluded that no differences were observed between treatment arms in the mean score change on the Alzheimer Disease Assessment Scale—cognitive subscale 12 (ADAS-cog-12) in the device 2 ITT cohort (0.0258 points; 95% CI, –1.771 to 1.822 points; P = .98).

In the open-label analysis for the device 2 cohort, participants originally randomized to the insulin arm and those randomized to the placebo arm did not differ in mean score change on the ADAS-cog-12 or on any other outcome at month 15 or month 18.

When evaluating biomarker differences, the researchers found no differences in cerebrospinal fluid (CSF) Aβ42 and Aβ40, total tau protein, and tau p-181, and the ratios of Aβ42 to Aβ40 and Aβ42 to total tau between treatment arms for the device 2 cohort. Additionally, blood glucose, hemoglobin A1c values, and CSF insulin levels were unchanged.

As for safety and adherence, equal numbers of adverse events (AEs) occurred in the placebo and insulin arms, and no differences were observed in the severity of AEs between the arms, with most AEs rated as mild. Notably, 17% of AEs were rated as possibly, probably, or definitely associated with intranasal insulin in both groups. Data showed that device-associated AEs occurred in 5% and 6% in the placebo and insulin arms, respectively.

This trial was conducted between 2014 and 2018 and aimed to examine the feasibility, safety, and efficacy of intranasal insulin for the treatment of persons with mild cognitive impairment (MCI) and AD. To the study authors knowledge, this was the first phase 2/3 study to specifically examine this after previous data had shown that insulin itself modulated aspects of brain function relevant to AD.

Craft and colleagues noted that further investigation using reliable insulin delivery devices that have indicated the ability to elevate insulin in the central nervous system are needed to assess the therapeutic benefit of intranasal insulin for the treatment of MCI and AD.