Annual progression rates to dementia were 14.7% for those with mild behavior impairment and 8.3% for the those without neuropsychiatric symptoms, with reversion rates of 2.5% and 5.3%, respectively, for each group. 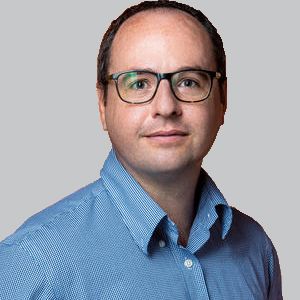 Results from a recently published study showed that the presence of persistent neuropsychiatric symptoms (NPSs) was significantly associated with progression to dementia among patients with mild cognitive impairment (MCI). This was the first demonstration that MCI comorbid with mild behavioral impairment (MBI) is associated with a lower rate of reversion to normal cognition (NC).1

All told, the study investigators believe that MBI and late-life onset NPS improve the specificity of MCI as an at-risk state for incident dementia. Individuals with comorbid MCI and MBI had a 2-fold greater risk for progression to dementia over 3 years and were less than half as likely to revert to NC than individuals with MCI but with no NPSs.

Led by Alexander McGirr, MD, assistant professor of psychiatry, University of Calgary, the final sample of the study included 739 participants with MCI from the National Alzheimer’s Coordinating Center Uniform Data. NPSs were operationalized with the neuropsychiatric inventory questionnaire (NPI-Q) to identify participants without NPS (NPS-; n = 409) and those with MBI (MBI+; n = 330).

"Our findings have important clinical implications and indicate that both cognitive function and NPS should be assessed as a matter of routine in order to improve prognostication," McGirr et al wrote. "The importance of MCI conceptually and as clinical entity cannot be understated. By identifying premorbid individuals at risk for dementia through a combination of objective cognitive performance and function, patients can be identified for early intervention. Nevertheless, specificity is suboptimal and many individuals with MCI do not progress to dementia, and despite objective signs of cognitive impairment some individuals revert to a state of normal cognition."

An intermediary group (n = 331) of participants with NPSs whose symptoms were present for less than 6 months duration and therefore did not meet the MBI persistence criterion (NPS_NOT_MBI) had outcomes observed in a secondary analysis. After 3 years, 42.9% (n = 142) progressed to dementia, and 15.7% (n = 52) had reverted to NC. When stable MCI was the reference adjusting for potential confounders, multinominal logistic regressions showed that NPS_NOT_MBI participants were more likely than NPS- participants to progress to dementia (aOR, 2.25; 95% CI, 1.59-3.19; P <.001) but less likely to revert to NC (aOR, 0.92; 95% CI, 0.57-1.48; P = .74). The annual rate of progression to dementia was14.3% for the late onset NPS_NOT_MBI participants.

"The prognostic utility of MBI arises from two criteria: 1) symptoms are later life emergent; and 2) symptoms are persistent," the investigators wrote. "The former distinguishes MBI from psychiatric illness, and the latter eliminates transient symptoms that may manifest in response to life events. These criteria increase the signal-to-noise ratio for identification of behavioral symptoms that represent sequelae of neurodegeneration."