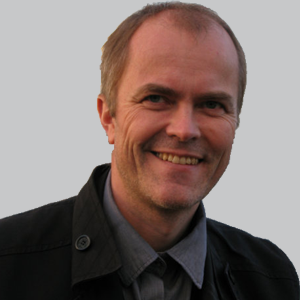 Designed by Dizlin Pharmaceuticals, intravenous DIZ101 bolus dose resulted in higher plasma concentrations of levodopa levels at 15 minutes compared with that of LCIG (P <.0001) or DIZ102 (P = .0002). After 30 minutes, there were no differences between treatments, which all reached mean net values of about 2000 ng/mL within 1 to 2 hours. After this, they displayed a further increase, with LCIG appeared to reach a plateau at approximately 3 hours, DIZ101 at approximately 5 hours, and DIZ102 at approximately 7 to 8 hours.

Principal investigator Filip Bergquist, MD, senior consultant in neurology, and professor of pharmacology, University of Gothenburg, said in a statement, "The outcome shows that subcutaneous administration of a continuously buffered levodopa solution could be a feasible technique to safely and rapidly obtain high and stable levodopa levels in patients with Parkinson's disease."1

The 3-period, crossover, open-label trial included 18 patients who completed all treatments of intestinal infusion of LCIG, intravenous infusion of DIZ101 (Infudopa IntraV), and subcutaneous infusion of DIZ102 (Infudopa SubC), with the primary objective of comparing steady-state plasma concentrations of levodopa. Each treatment was preceded by levodopa abstinence for at least 8 hours followed by a time to next visit of at least 3 days during which the patients were on their regular LCIG regimen. At each treatment occasion, repeated plasma samples for pharmacokinetic analyses were collected for 24 hours.

Findings showed that after adjusting for the poorer bioavailability of LCIG and somewhat slower uptake of DIZ102, both DIZ101 and DIZ102 met levodopa bioequivalence criteria vs LCIG for area under the curve (AUC) and Cmax comparisons. After the termination of the infusion, the decline in levodopa plasma levels was somewhat slower after subcutaneous administration with significant differences in elimination half-life (t1/2)for DIZ102 vs LCIG (P = .02) but not for DIZ102 vs DIZ101 (P = .09) or DIZ101 vs LCIG (P = .11).

"The data were those that we had hoped for,” Bjorn Velin, chief executive officer, Dizlin Pharmaceuticals, said in a statement.1 "The results suggest that DIZ102 (Infudopa SubC™), administered by means of a portable twin pump, may serve as a levodopa/carbidopa monotherapy for patients requiring high levodopa levels but experience motor fluctuations when receiving oral administration."

He added, "The rapid uptake of levodopa from the subcutaneous tissue would enable considerable flexibility in dosing, which we also regard as an important advantage. Unlike intestinal administration of a levodopa/carbidopa gel, Infudopa SubC requires no surgery and displays considerable room temperature stability prior to mixing."

Safety laboratory data, which included hematology, clinical chemistry, and urine analyses, were stable throughout the study. The only serious adverse event was a device complication related to a patient’s regular LCIG treatment that was discovered the day after treatment with DIZ101. During the subcutaneous infusion of DIZ102, 16 of the 18 participants experienced pain or discomfort, which was often mild, sometimes moderate, and never serious, and almost exclusively reported during the bolus infusion, which had a mean duration of 7 minutes. Pain or discomfort during the bolus phase occurred also with intravenous administration but at a lower rate, observed in one-third of the patients.