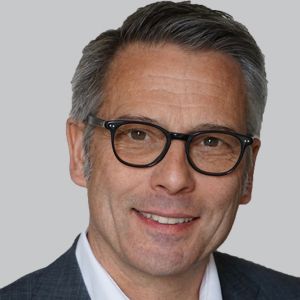 LIFT-AD, a double-blind, placebo-controlled, parallel-group study, will continue to have outcomes measured by the Global Statistical Test, which combines scores assessing cognition (Alzheimer’s Disease Assessment Scale-Cognitive Subscale [ADAS-Cog11]) and function (Alzheimer’s Disease Cooperative Study-Activities of Daily Living [ADCS-ADL23]). The study has enrolled more than 300 patients with mild-to-moderate Alzheimer disease in the US, with enrollment still ongoing. According to the update, an independent, unblinded interim analysis will be conducted to inform the required sample size needed to appropriately power the primary end point target patient population.1

"We look forward to advancing the clinical evaluation of fosgonimeton in a way that will best determine its potential for Alzheimer’s disease patients while preserving the integrity of the LIFT-AD study and optimizing its chances for success,” Hans Moebius, MD, PhD, chief medical officer, Athira, said in a statement.1 "Our decision to focus LIFT-AD on fosgonimeton treatment without background cholinergics was guided by results from the ACT-AD trial and a blinded analysis of the ongoing LIFT-AD study. Importantly, fosgonimeton remains well tolerated, with a favorable safety profile in the full study population."

Fosgonimeton, a small molecule Hepatocyte Growth Factor (HGF) and MET enhancer previously known as ATH-1017, failed to meet its primary or secondary end points in the phase 2 ACT-AD study (NCT04491006) when used with standard-of-care AChEIs. Despite this, the agent did show a potentially meaningful difference change of –28 ms in event-related potential (ERP) P300 latency, the primary end point assessing working memory processing speed, after 28 weeks. Additionally, this group demonstrated cognitive improvements, as represented by changes of –3.3 points on the ADAS-Cog-11, a secondary end point, and statistically significant improvements in plasma neurofilament light chain, a validated fluid biomarker of neurodegeneration, by 6.89 pg/mL (P = .018).

Using patients with post–COVID-19 neurological symptoms, 90% of the cohort fulfilled the criteria for chronic fatigue syndrome, as expressed by the SOFA scale.

"We believe that fosgonimeton has the potential to be a novel therapeutic option for the millions of patients with mild-to-moderate Alzheimer’s disease, and the ACT-AD results support our enthusiasm for its continued development," Mark Litton, PhD, president and CEO, Athira, said in a statement.1 "We are encouraged by the biologic activity and safety profile shown in ACT-AD and look forward to having the additional insights provided by this interim analysis in the fall of 2022."

ACT-AD, which was supported by a grant from the National Institutes of Health, included 77 patients with mild-to-moderate AD, of whom 60% continued on stable doses of AChEIs with fosgonimeton. Eligible participants aged 55 to 85 years with Clinical Dementia Rating scale scores of 1 or 2, were randomly assigned 1:1:1 to receive placebo or fosgonimeton at either 40 mg/day or 70 mg/day. In the modified intent-to-treat population, mixed model repeated measure analysis of the pooled 40-mg and 70-mg dose groups showed a change of –6.02 milliseconds in ERP P300 latency, which was not significant. Secondary end points, which included ADAS-Cog11, ADCS-Clinical Impression of Change, and ADCS-ADL23, were not significant in fosgonimeton-treated individuals compared with placebo at 26 weeks.

Across individuals with and without background AChEIs, fosgonimeton demonstrated a safe profile, with no treatment-related serious adverse events (AEs) or deaths. There was a higher incidence of treatment-emergent AEs observed in the active drug compared with placebo throughout the study period. The most frequent AE was injection site reaction, sometimes associated with transient and asymptomatic increases in absolute eosinophil count.