Nearly one-fourth of the observed treatment-emergent adverse events were related to edaravone. Additionally, there were no serious TEAEs found, and TEAEs were mostly representative of ALS progression. 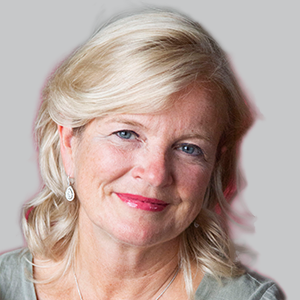 New data from the Study MT-1186-A01 showed that oral edarovone (MT Pharma), a therapy for patients with amyotrophic lateral sclerosis (ALS) that received FDA approval earlier this year, was safe and well-tolerated for up to 48 weeks of treatment, with no new safety concerns identified.1

In the first global, phase 3 clinical trial that investigated the long-term safety of the therapy, no serious treatment-emergent adverse events (TEAEs) were related to the study drug, and safety results were generally consistent with the intravenous (IV) edaravone safety profile. Presented at the 2022 Northeast Amyotrophic Lateral Sclerosis (NEALS) Meeting, held November 1-3, in Clearwater Beach, Florida, the findings also showed a least square mean change in forced vital capacity (FVC) of –25.1% (95% CI, –28.9 to –21.2) at week 48.

Presented by Angela Genge, MD, FRCP, director of the ALS Center of Excellence for Research and Patient Care at McGill University, the analysis included 185 patients with ALS, 160 of which completed 24 weeks, and 139 who completed the entire 48-week treatment period. Patients were between 18 to 75 years, had FVC of at least 70% at baseline, and had a disease duration of at least 3 years. In the trial, participants received a 105-mg dose of oral edaravone administered in treatment cycles that replicated the dosing of IV edaravone.

Slightly less than one-fourth (24.9%) presented with TEAEs related to the study drug, the most common of which were fatigue, dizziness, headache, and constipation, all considered by the investigator. There were 13 TEAEs leading to death in 12 patients, most of which were consistent with the disease state and none of which were related to the study drug. The observed causes of death included respiratory failure (4), ALS (2), pneumonia (2), acute respiratory failure (1), lung disorder (1), diabetic ketoacidosis (1), feeding disorder (1), and suicide (1).

SBT-272, an investigational small molecule in development for ALS and other neurological disease of mitochondrial dysfunction, resulted in improved membrane potential and axonal outgrowth of TDP-43 in vitro.