Low-Dose Rituximab Safe, as Effective as High Dose in MS

In the third year of treatment, both dose cohorts did not experience any contrast-enhancing lesions, and only a small population in the Barcelona center showed new T2 lesions. 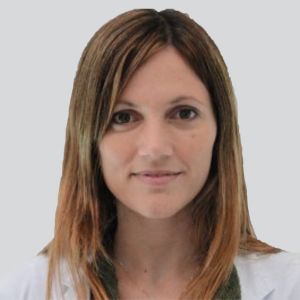 Presented by Luciana Midaglia, MD, neurologist, Vall Hebron University Hospital, and the Multiple Sclerosis Centre of Catalonia, the study compared patients in the Barcelona center (BC; n = 249) who were administered 2 g of rituximab intravenously (IV) during at least 3 cycles, followed by 1 g every 6 months to those in the Girona center (GC; n = 54). In that cohort, 2 g rituximab was administered for at least the first cycle, followed by 500 mg every 6 months.

In the BC, adverse events (AEs) occurred in 14.8% of patients during the first year compared to 4.1% at third year. Researchers noted that there was no difference in the dynamics of CD19% lymphocytes, while immunoglobulin (IgG) values in serum decreased significantly in the BC cohort throughout the first 3 years.

Rituximab, an anit-CD20 monoclonal antibody, has been widely used as an off-label treatment for MS, but has not received FDA approval for this indication. It was first approved in November 1997 and has been indicated for the treatment of chronic lymphocytic leukemia, rheumatoid arthritis, Non-Hodgkin’s lymphoma, granulomatosis with polyangiitis, microscopic polyangiitis, and pemphigus.2

The agent has been often linked in use to treat other MS phenotypes such as myasthenia gravis and neuromyelitis optica spectrum disorder (NMOSD). A study published in May showed that treatment with rituximab performs better if initiated earlier after the onset of generalized symptoms in those with myasthenia gravis.3 Results from another study of patients with NMOSD suggest that first-line treatment with rituximab is more effective in suppressing clinical activity, independent of the antibody status, compared with mycophenolate mofetil (MMF) and other first-line immunosuppressants.4