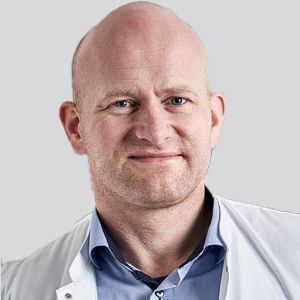 It’s been a long-standing question in neuroscience: is Parkinson disease (PD) more than one disease? Now, thanks to MRI and PET scans, clinicians have an answer – yes. And, having this knowledge could pave the way for personalized medicine for these patients.

"Until now, many people have viewed the disease as relatively homogeneous and defined it based on the classical movement disorders. But, at the same time, we’ve been puzzled about why there was such a big difference between patient symptoms,” said Per Borghammer, PhD, professor of nuclear medicine and neuroscience at Aarhus University in Denmark. “With this new knowledge, the different symptoms make more sense, and this is also the perspective in which future research should be viewed.”

In addition to the showing the differences between the brain-first and body-first types of PD, the team also hypothesized that isolated REM sleep behavior disorder (iRBD) – a known risk factor for developing PD – could be specifically associated with body-first disease.

The team of Aarhus University researchers published their findings recently in the journal Brain.

To reach this determination, Borghammer and his colleague Jacob Horsager, MD, medical director in the department of clinical medicine, enrolled 37 consecutive de novo patients with PD in a longitudinal PET study. Of the groups, 24 did not have iRBD, but 13 did. The team also included a comparator group of 22 patients who had iRBD. They repeated the scans after three years and six years.

For more coverage based on industry expert insights and research, subscribe to the Diagnostic Imaging e-newsletter here.

Based on their results, the team found some patients experience damage to the brain’s dopamine system prior to developing intestinal damage, but others manifest damage to the nervous system of the intestines and heart before the disease reaches the brain. In those cases, it might be beneficial, they said, to study the composition of intestinal bacteria.

“It has long since been demonstrated that Parkinson's patients have a different microbiome in the intestines than healthy people, without us truly understanding the significant of this,” Borghammer said. “The next step is to examine whether, for example, body-first Parkinson’s disease can be treated by treating the intestines with feces transplantation or in other ways that affect the microbiome.”

Detecting brain-first PD is harder, they said, because it is largely symptom-free until movement disorders appear. At that point, patients have already lost more than half of their dopamine system.

“Previous studies have indicated that there could be more than one type of Parkinson’s, but this has not been demonstrated clearly until this study,” Borghammer said. “We now have knowledge that offers hope for better and more targeted treatment of people who are affected by Parkinson’s disease in the future.”